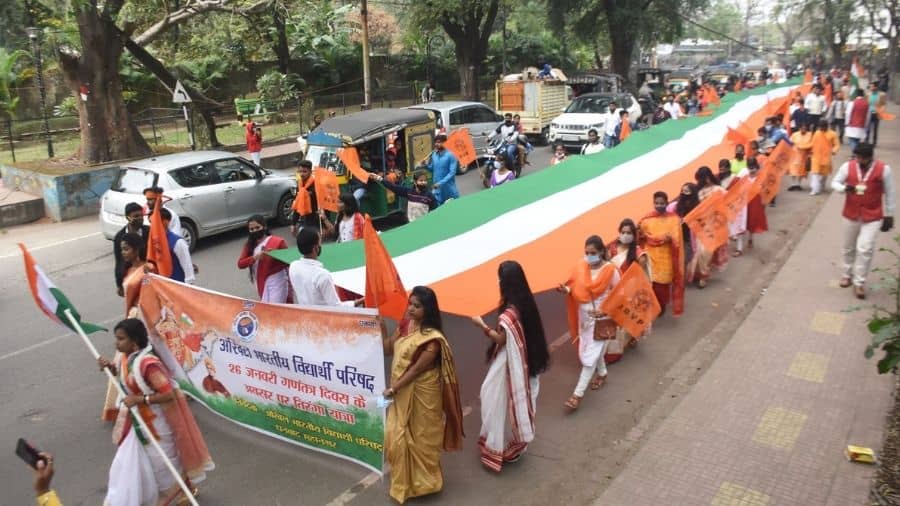 Talking to the media, Anshu Tiwari, district president of ABVP said that the yatra or march has been taken out as part of the nationwide programme of the organization to instil the sense of nationalism and service to the nation among the common people as our beliefs that the nationalist or patriotism is not limited to celebrating the Independence or Republic Day.

Speaking during the occasion, he elaborated about the different works carried out by the district administration and said that altogether 4,926 families have been shifted from different underground fire-affected areas of the Jharia Coalfield region to the newly developed colony in Belgharia. He also said that a fund worth Rs 1.62 crore has been disbursed among the rehabilitated persons as subsistence allowance as per the provisions of the Jharia master plan.  He further said that the rehabilitation work will further be accelerated with the aim of shifting all eligible persons for rehabilitation under the provisions of the Jharia master plan.

Regarding the petrol subsidy scheme, he said that the district administration has so far received around 10 thousand applications and subsidies are being disbursed under the Direct Benefit Transfer technique in bank accounts of eligible beneficiaries.

Regarding the covid prevention steps, he said that so far around 15 lakh people have been given the first dose of the vaccine while 9.5 lakh others have been given both doses of covid vaccine. Among the adolescents of 15 to 17 years of age, the first dose of vaccine has been given to over 50000 beneficiaries.  This apart precaution is also being given to persons of 60 and above age groups of people, besides front line workers and health workers on daily basis.