JMM suffered the biggest loss when Shibu Soren was defeated by BJP’s Sunil Soren by 47,000 votes 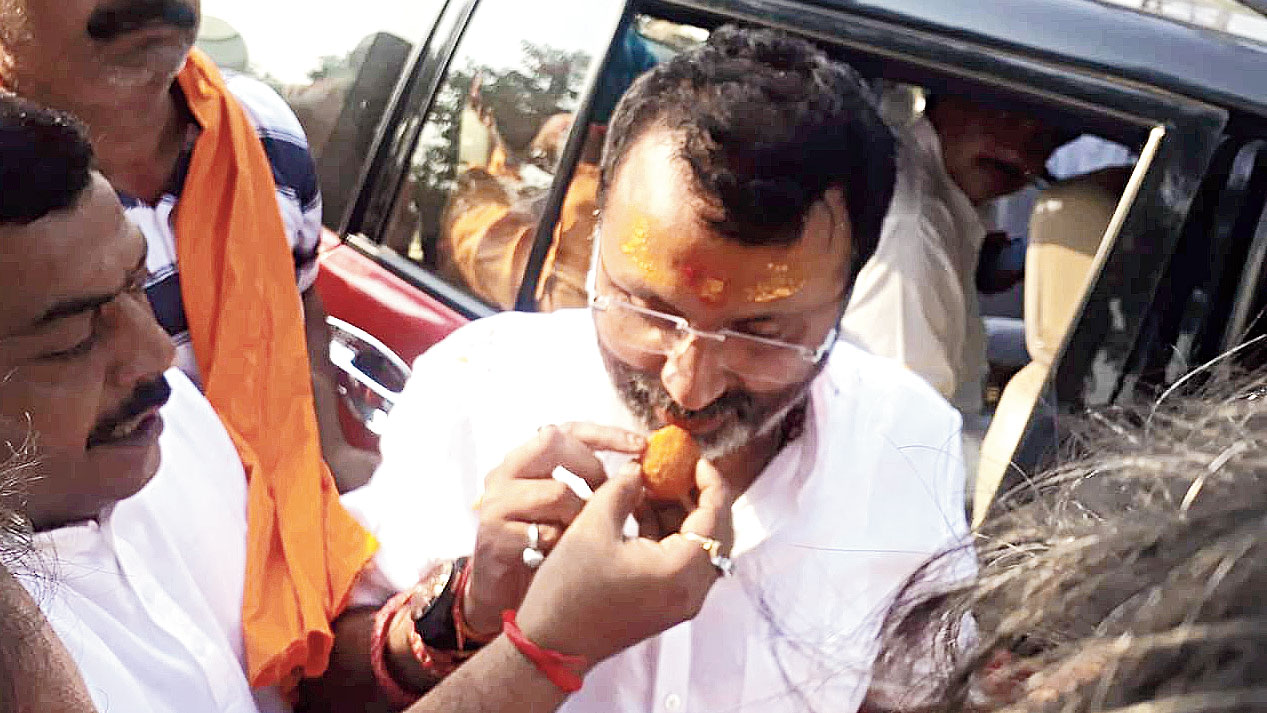 The election result in three seats of Santhal Pargana — Dumka, Rajmahal and Godda — has dropped thick hints that the BJP is slowly making inroads into the JMM stronghold at a time the state is set is preparing for the Assembly polls after six months.

The JMM suffered the biggest loss when party patriarch Shibu Soren, who represented Dumka seat for the eighth time this year, was defeated by BJP’s Sunil Soren by a margin of 47,000 votes.

Shibu’s son and JMM working president Hemant had extensively campaigned in Dumka, but could not avert his father’s defeat.

In 2014 Assembly election, BJP’s Louise Marandi had defeated Hemant from Dumka when he was the chief minister of JMM-led UPA alliance.

Speaking to the local media in Dumka on Thursday, Hemant congratulated the winning candidates and said his party accepted the mandate.

“We will surely do an introspection of our defeat. JMM president Shibu Soren was also defeated. Victory and defeat is part of the election. This is not the first time when Shibu Soren was defeated. Many top leaders in the past, including Atal Bihari Vajpayee were defeated and we graciously accept the defeat. We will surely analyse where we went wrong,” Hemant told reporters. 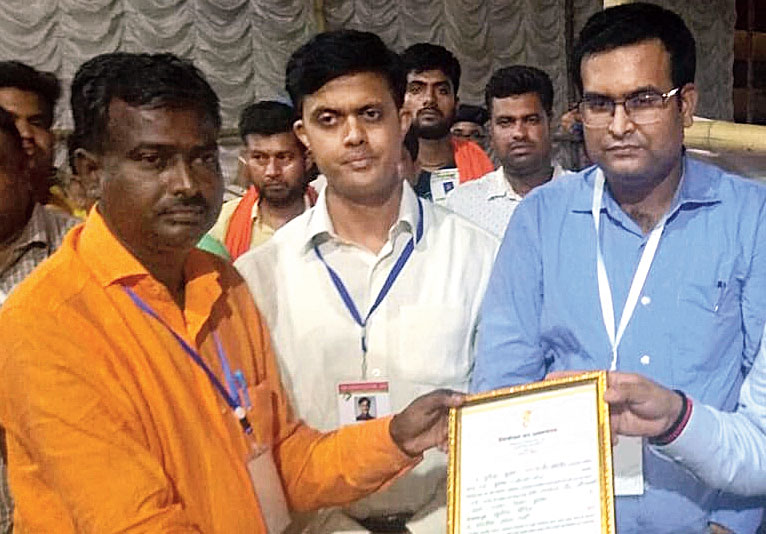 Sunil Soren in Dumka on Thursday.
Picture by Manob Chowdhary

Like Dumka, the mahagathbandhan had not expected such a humiliating defeat in Godda where JVM candidate Pradeep Yadav was defeated by sitting BJP MP Nishikant Dubey by a margin of 1.85 lakh votes. Godda was used as a premise by the of the Opposition parties, esspecially the JVM, to stir protest against land acquisition for the Adani Power project. Yadav was on the forefront of the agitation .

The result has showed that anti-Adani movement is no more an issue with for the people.

Godda remained a traditional Congress seat, but the party leadership surrendered before JVM’s Babulal Marandi who had refused to join the mahagathbandhan minus Godda.

The decision was vehemently opposed by Congress’ former Godda MP Furkan Ansari, his MLA son Irfan and other senior leaders of the party in Santhal Pargana.

“We lost the election the very day when the Congress leadership surrendered this seat to the JVM despite our objections. There was the alliance at the level of leaders of both the parties, but the ground reality was far from different. We remained totally disconnected. There are 18 per cent Muslim voters and they mostly remained disinterested towards election because mahagathbandhan did not field even a single Muslim candidate. Pradeep Yadav was under impression that Muslim-Yadav combine will ensure his victory but the fact is that he even did not get vote of his caste people,” said Congress’ Jamtara MLA Irfan Ansari.