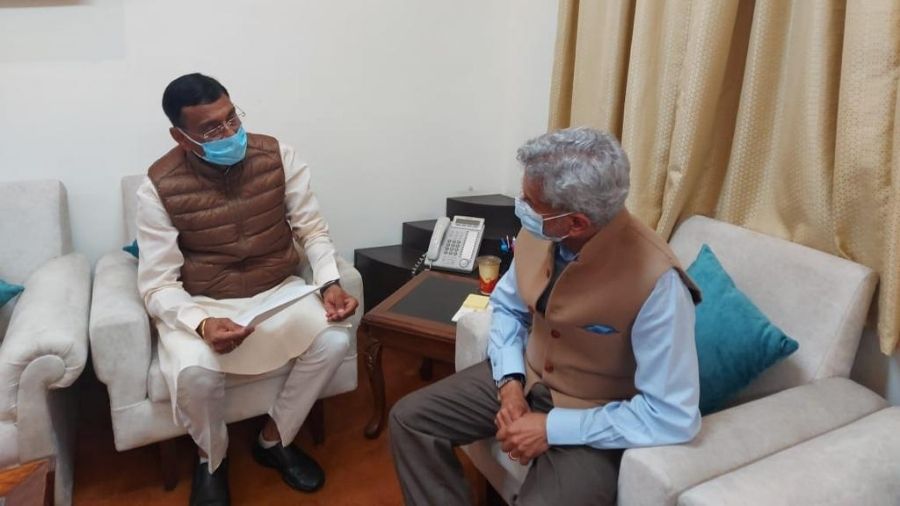 In a letter handed over by Seth to the minister, he said Russian educational institutions and universities are asking overseas students to return to its campuses at a time when the Covid-19 pandemic is far from over, and regular flights are unavailable.

“About 6,000 students are currently enrolled in different Russian institutions and educational entities for pursuing research and higher studies. Majority of Indian students annually go to Russia to pursue studies in medicine. From Jharkhand too, 200 students are currently availing education in foreign varsities there. However, I have come across many cases recently, where students have informed that their institutions are asking them to resume offline mode of classes,” Seth said, adding that many are concerned about their academic future.

“The institutions are building pressure on students and parents through different agencies to exert pressure on returning back to the campus to resume studies/research work. Many even complained that the online mode of teaching has been halted to build pressure. Some even claimed that they are facing illegitimate threats of backlogs if they don’t rejoin at the earliest. Covid-19 is still not over globally and international travel hasn’t returned to normalcy. How can an institute force students to return in times like these,” he questioned.

Seth later said that he is equally concerned for those hailing from Jharkhand. “During the lockdown, the government somehow facilitated the return of Indians stranded abroad. From Jharkhand, there are many tribal students who cracked scholarships and fellowships to pursue higher studies. Now, they are living in fear. Hence, I decided to raise the issue with the Minister of External Affairs. The MEA will be taking up the matter,” he said.