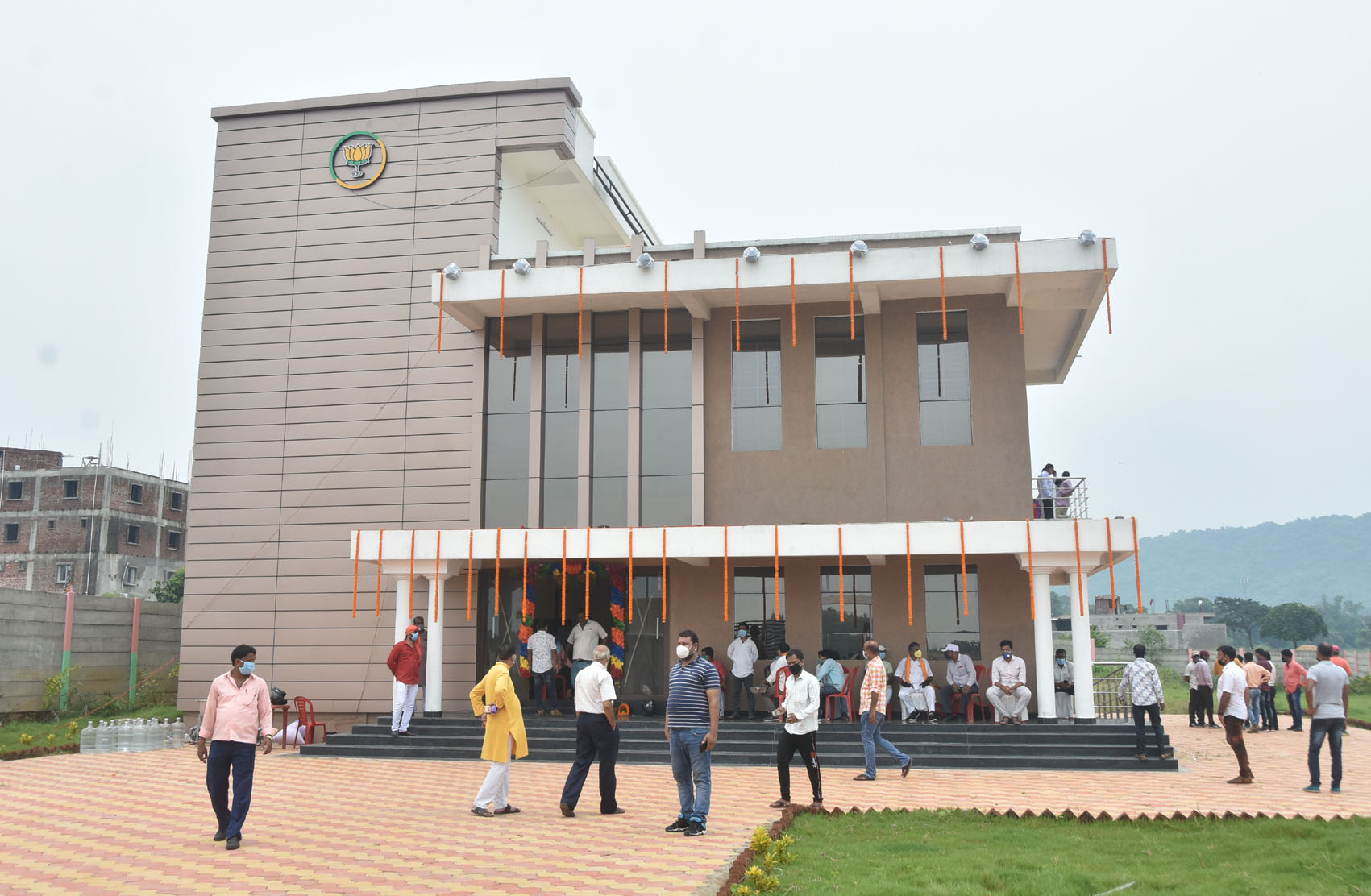 The BJP on Tuesday inaugurated palatial offices in eight Jharkhand districts at an online event, which the ruling Jharkhand Mukti Morcha (JMM) termed an uncalled for display of the wealth allegedly amassed by the former Raghubar Das government in the state.

“The district headquarters of the party will double up as cultural centres for the BJP cadre. They will function 24x7,” he said. “The BJP has permanent offices in 400 districts across the country. Within the next two years, we will have offices in all 700 districts,” added Nadda.

Reacting to the inauguration of the newly-built infrastructure, JMM general secretary Supriyo Bhattacharya said that the BJP “looted Jharkhand” during the five years of the Raghubar Das-led government, and the new offices were a result of that loot.

“At a time when the entire world is dealing with a pandemic, BJP is inaugurating new palatial offices,” said Bhattacharya. “The offices have been built on land bought with black money at the time of demonetisation in November 2016,” he added. 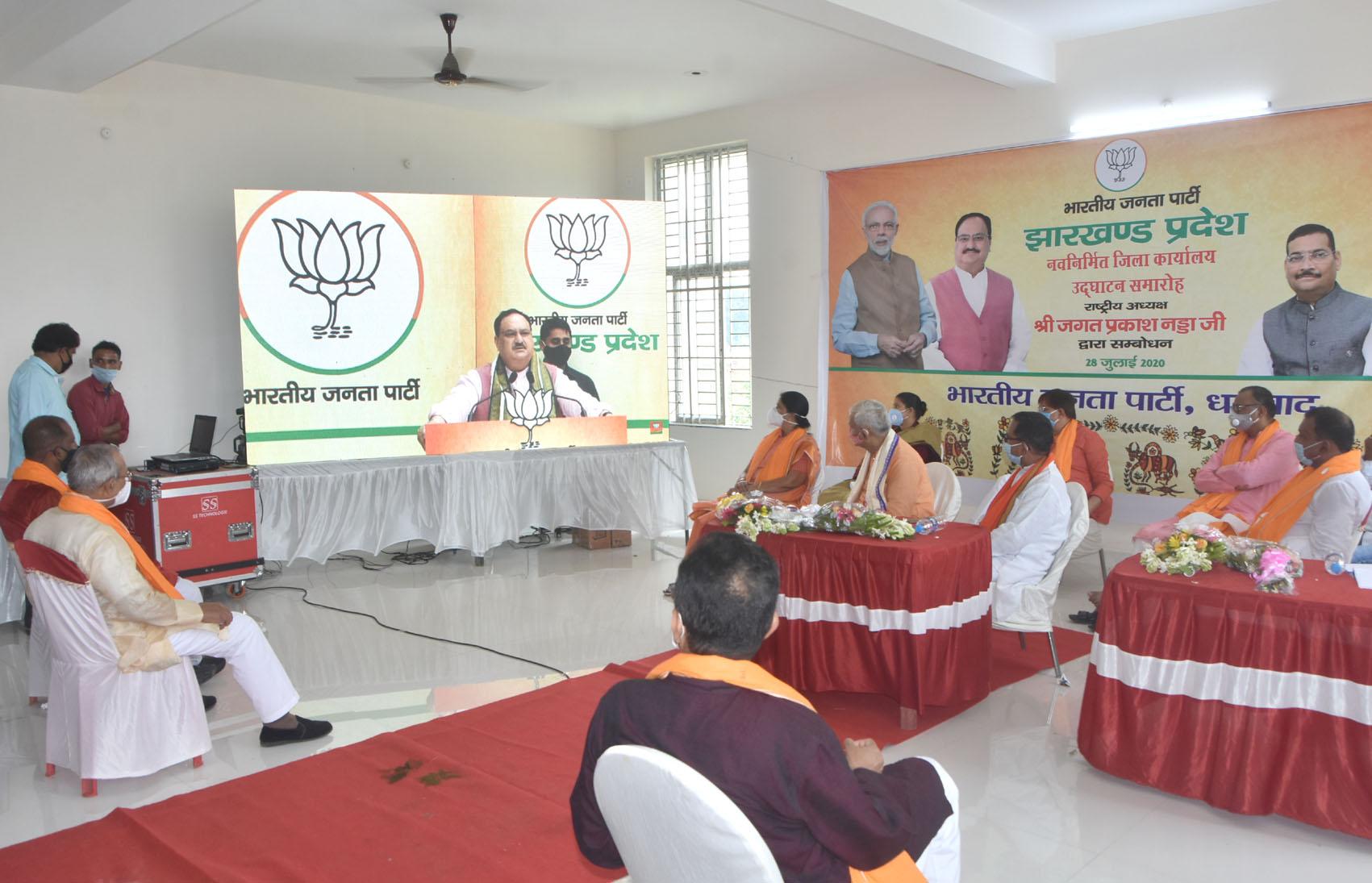 BJP leaders listen to the address of party chief J.P. Nadda during the online inauguration of a new party office at Baliapur Road in Dhanbad on Tuesday
Gautam Dey

The BJP-owned facilities will have all modern amenities, a press communique from the party stated. BJP legislative party leader Babulal Marandi said the party’s district offices should have more information about the various happenings in the district than the collectorate, and party workers would have to make this happen with their hard work.

Earlier, Nadda slammed the Hemant Soren-led government in Jharkhand for alleged lawlessness and rise in Left Wing Extremism (LWE). He said incidents of murder, rape and theft were on the rise and the trend was indicative of poor governance. “Crime incidents increase when the government is weak,” he said.

Nadda claimed that transfer and postings of bureaucrats in the state had become a business for the government, citing the recent bureaucratic reshuffle. “Anti-social elements have become active in the state under the current government,” he said.

He also took a jibe at the government for “poor handling” of the Covid-19 pandemic in Jharkhand.