Birsa Munda Park all set for a makeover

With new rides and a slew of renovation on the anvil, Dhanbad picnickers can now have loads of fun 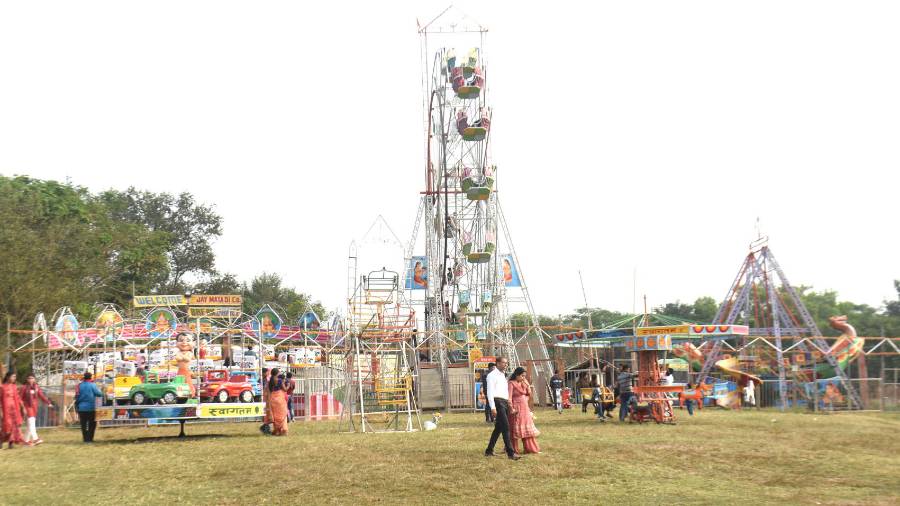 Birsa Munda Park, the only amusement park of Dhanbad, which has been lying in a shambles for more than a year, is all set for a grand makeover ahead of picnic season. Picnickers from the city can now look forward to having a whale of a time as they can spend their leisure time here at the park.

The repair work of some of the facilities which have been lying non- functional for over a year including the toy train, dragon ride and swings has been carried out. Apart from this, grass and weed cutting has been carried out across the park including in two picnic lawns situated near the centre.

The centre of attraction for the picnickers is the two-month special fair-mela being launched today as part of which a host of equipment including swings, break dance, giant wheel, frog ride and many more have been installed and will remain in place till January end.

Talking to The Telegraph Online, Niwas Kumbkar, manager of the park, which is being operated by Dhanbad Municipal Corporation, said, “We will carry out some more renovation and beautification work as part of which all non-functional street lights will be repaired within two three days while  more high masts lights will be installed to ensure sufficient lighting during the evening owing to increase in footfall since the beginning of December.”

“All the non-functional facilities have been repaired although repair of a couple of swings situated in lawns is pending which will also be carried out soon,” said Kumbhkar. He also said that planting of new flowering plants is pending which will be also carried out after the sanction of funds as we have already sent a proposal in this regard to Dhanbad Municipal Corporation.”

According to Kumbhkar, the laser fountain show is held daily during the evening and is a major crowd puller. However, he said, during power cuts, they are not able to organize the same as they cannot afford diesel generators which are quite expensive.

Established in 2009 on twenty four acres of land at Nawadih on the initiative of then deputy commissioner, Ajay Kumar Singh, the park is equipped with a host of facilities including seven swings, 10 sliders, a toy train,a vortex (Illusion ride), a caterpillar, a dragon train, a Dhum Jhula, a triple slide, six seesaw, one tree swing beside the seating arrangements in the form of six FRP recliners and 20 concrete recliners.

A musical laser fountain was installed at the park in 2018 adding to its tourist attraction.