Recipients raise questions about government’s reluctance to promote the tongue 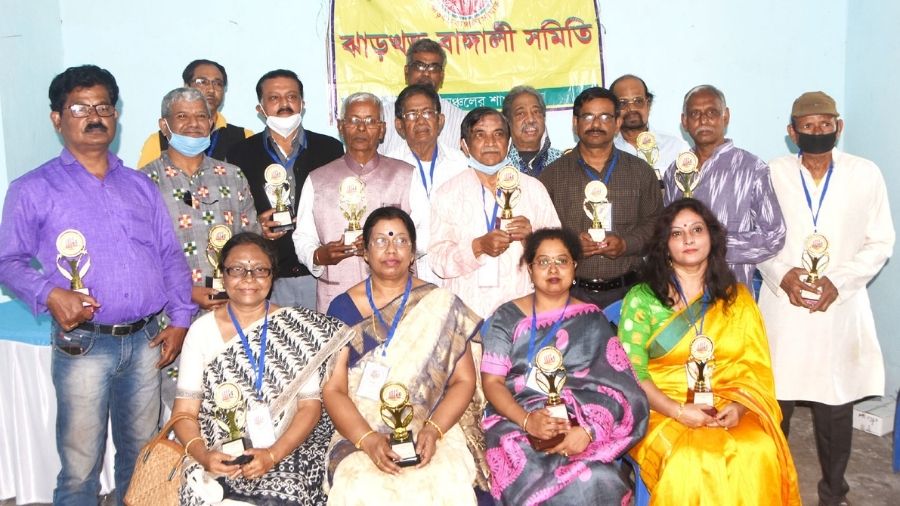 On the occasion of International Mother Language Day, 25 Dhanbad language rights activists were felicitated during a programme organised by the Bengali Association, Jharkhand on Sunday.

All the activists who were felicitated fought a protracted battle for second language status to Bengali language in Jharkhand.

A seminar on the further popularisation and development of Bengali was also conducted during the event, where participants agreed that the language should be used more in official spaces and should be taught in schools and colleges.

“We had high hopes for the betterment of Bengali language usage following the creation of Jharkhand in 2000, but all our expectations were crushed. We feel that the situation was better during the united Bihar era prior to 2000,” general secretary of the association Sisir Kumar Roy said.

“Despite being granted the second language status in 2015 in Jharkhand following our protracted battle, nothing has changed on ground as Bengali is not being used  either for administrative, judicial, or any other official work,” he added.

Roy, who was also felicitated during the function along with others, further said as per the provisions of Right to Education Act, 2009 and New Education Policy, 2020, arrangements for teaching in Bengali as minority language must be ensured.

Manas Acharya, who was also felicitated during the event, appraised regarding the difficulties that Bengali-speaking teachers and students face.

Bengu Thakur, founder of the Bangla Bhasa Unnayan Samiti also raised questions regarding the government’s reluctance to promote the language.