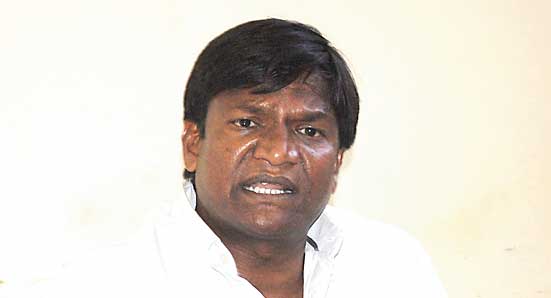 Baghmara MLA Dhullu Mahto, who was lodged in jail since May 11, was on Monday granted bail in a case pertaining to rioting and attempt to murder lodged against him.

Mahto was earlier granted bail on March 7 in the same case lodged by his neighbor Doman Mahto, after both parties reached a compromise. According to the compromise, the Baghmara MLA was asked to surrender within 10 days. However, the legislator failed to surrender forcing him to move a fresh bail petition on the basis of which he was granted bail on Monday by district sessions judge Rajeev Kumar Srivastava.

The bail plea was moved by a panel of lawyers led by senior advocate S.N. Mukherjee and was opposed by public prosecutor Brahmadev Pandey.

Mahto, however, will remain in jail as he is yet to secure a bail in a rape case filed against him by Katras BJP women wing’s president Kamla Devi in October 2018. The hearing in the case could not be completed as police sought more time for submission of the case diary.

On February 14, 2020, Doman Mahto had filed the rioting case against the Baghmara MLA, his brother Sarad Mahto and others, accusing them of beating him and his family members. Dhullu also alleged that the legislator had brandished a pistol, attempting to kill him, when he and his father, Kanhai Mahto, were trying to establish a shop near the Ramraj temple at Chitahi village in Baghmara on April 29 last year.

The arrest warrant against Dhullu Mahto was issued on February 18. Police raided the house of the MLA the following day during the wee hours but could not arrest him.

Notably, 33 cases have been lodged against Dhullu Mahto, the majority of in which he has secured bail.

In a case lodged against him by Rajiv Kumar Srivastava, nephew of former mining minister O.P. Lal on March 2, under various sections of IPC, including IPC 147 (rioting), IPC 148 (rioting armed with deadly weapon), IPC 149 (unlawful assembly), IPC 341(Wrongful restraint), IPC 323 (voluntarily causing hurt), IPC 386 (extortion by putting a person in fear of death), IPC 504 (intentional insult and provocation) and IPC 506 (Criminal Intimidation), the legislator was taken on a 1-day police remand on February 30.