The cancelled trains were both the Up and Dn Tata-Chakradharpur Passenger, Tata-Chakulia Passenger and Tata-Barkakana Passenger 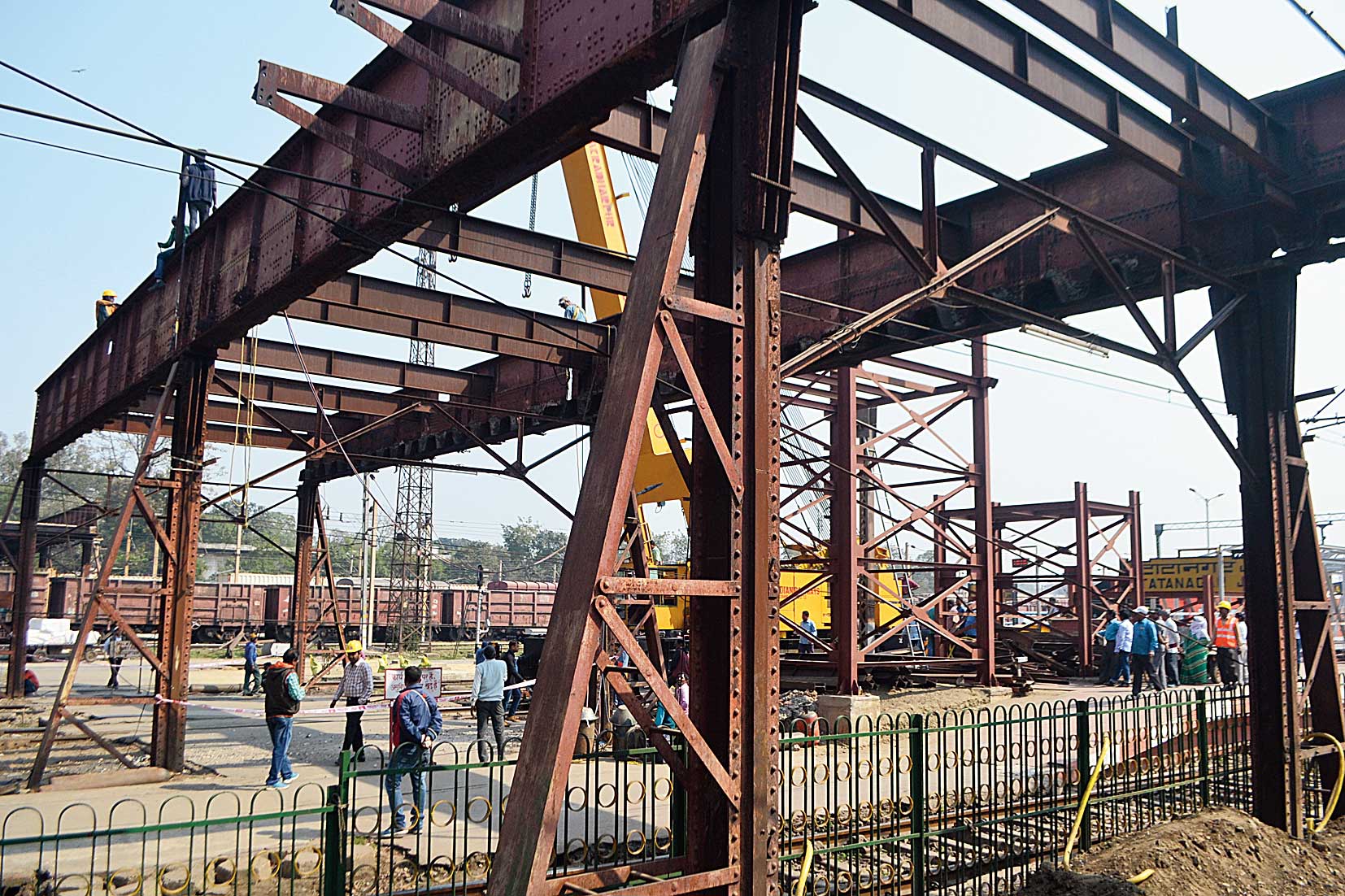 Dismantling work of the rail overbridge in progress at Tatanagar station on Sunday.
Picture by Animesh Sengupta
Our Special Correspondent   |   Jamshedpur   |   Published 03.02.19, 06:51 PM

At least 5,000 passengers on Sunday were inconvenienced as the railways cancelled three trains and short-terminated four more owing to a traffic-cum-power block for track renovation and dismantling of the abandoned overbridge at Tatanagar.

The cancelled trains were both the Up and Dn Tata-Chakradharpur Passenger, Tata-Chakulia Passenger and Tata-Barkakana Passenger.

Due to the short-terminations, hundreds of Tatanagar-bound passengers on Bilaspur-Tata and Hatia-Tata trains had to get down at Gamharia and reach the steel city by road via Adityapur, covering a distance of around 15km.

Tatanagar station director H.K. Balmuchu said, “Two more rail blocks will be carried out on Thursday, which will again affect the movement of a number of trains. The dismantling of the old over-bridge had also slowed down a number of trains in all three lines that pass through Tatanagar.”

According to the station director, the Chakradharpur railway division had issued a circular for three consecutive rail blocks on Sunday and Thursday.

“Tata-Jammu Tawi Express and Tata-Alleppey Express will leave on a rescheduled time from Tatanagar on Thursday because of the block,” he added.

At least six passengers had died and 29 others were injured when a rail fracture caused 11 coaches of the Delhi-bound express to jump tracks in Vaishali.

Officials at Garden Reach, headquarters of SER, said the Tatanagar-Itwari Passenger was short-terminated at Jharsuduga while the Titlagarh-Bilaspur Passenger had to be cancelled.

The Rajendranagar-Durg South Bihar Express and Patna-Bilaspur Express were also running late as both were regulated at Chakradharpur railway division because of the mishap.