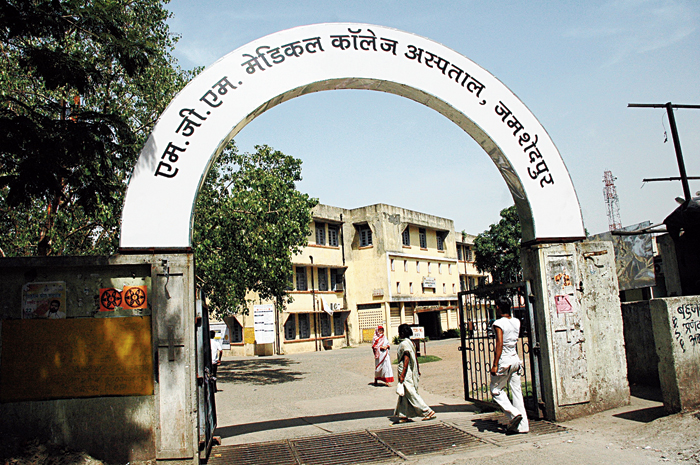 MGM Medical College and Hospital— the biggest government heal hub in Kolhan — is in the news once again for the theft of a newborn.

A baby girl born to Horo and Pangela Purty from Chaibasa in West Singhbhum was stolen by a middle-aged woman an hour after the ceasarean section delivery at the hospital’s labour room on Wednesday afternoon.

Hospital sources said Pangela delivered the baby around 12.20pm. The newborn, which was hale and hearty, was handed over to her grandmother by the nurses.

According to sources, the grandmother climbed down the stairs and came to the registration counter with the baby in her arms.

A few moments later, she was approached by a middle-aged woman who struck a conversation with her.

Sources said the unidentified woman asked the baby’s grandmother to register the girl for Mukhya Mantri Laadli Yojana, a scheme under which a girl child from the BPL (below poverty line) family provided financial assistance by the government.

The grandmother later handed over the newborn to the woman and asked her to stay near the registration counter till she returned from the toilet. When she came back, she could not find the woman and the child. She aearched the entire hospital campus, but to no avail.

The matter came to light when Horo, a contract labourer , reported the incident to hospital deputy superintendent Dr. Nakul Chaudhary around 5pm.

complaint in the absence of document.

“The incident was reported to us around 5pm. Footage from the CCTV cameras revealed a woman carrying away the newborn. The hospital should not be blamed as the child was handed over to the unknown woman by the grandmother herself. We have started a probe,” Chaudhary said.

City SP Subhas Chandra Jat said they were not aware of the incident as no formal complaint had been lodged in any police station. “But, we will definitely initiate a probe in this regard and try to find the culprit,” he added.

Sources said this was the second such incident of baby theft from the state-run hospital.

A childless Bokaro trader and a private security guard were arrested in June 2009 for stealing a baby boy from the gynaecology ward of the hospital .