'With Assembly polls drawing near, truth has dawned on the CM and made him undertake yatras,' Marandi said 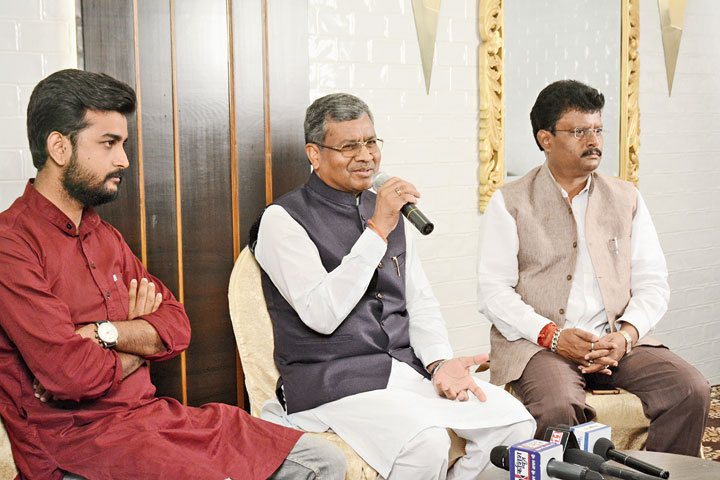 Political parties have stepped up focus on the Kolhan division ahead of the Assembly elections.

Speaking to scribes at a city hotel this morning, Marandi, a former Union minister in the BJP government prior to the formation of Jharkhand, came down heavily on the chief minister’s claims of development due to “double engine” government (BJP in power both at Centre and in state).

“I just want to ask how many times did the chief minister travel between Ranchi and Jamshedpur via road. The pathetic condition of NH-33 linking the two cities is known to everyone in the state. The CM has travelled by flights ever since formation of his government in 2014 and is not aware of the ground realities. With Assembly polls drawing near, truth has dawned on the CM and made him undertake yatras,” Marandi said.

“Just before election and imposition of model code of conduct we are witnessing a slew of foundation-stone-laying ceremonies. But the ground reality is quite different. I was in CM’s home constituency addressing rally at Bagunhatu and ironically for several hours there was no power supply, belying the chief minister’s promise of zero power cuts. The poor health and education scenario is also known to everyone,” he added.

He said his party was a part of the grand alliance of the Opposition, but also said that his party was prepared to contest in all 81 seats.

“We are very much part of the alliance.... However, as of now, we are preparing to fight on all 81 seats. I also feel it is demeaning for a CM to charge the JMM and Hemant Soren with corruption. If the government has proof, what is stopping it from lodging FIR and bringing them to book?” he said.

He was referring to Das accusing Soren of usurping tribal lands illegally and amassing money.