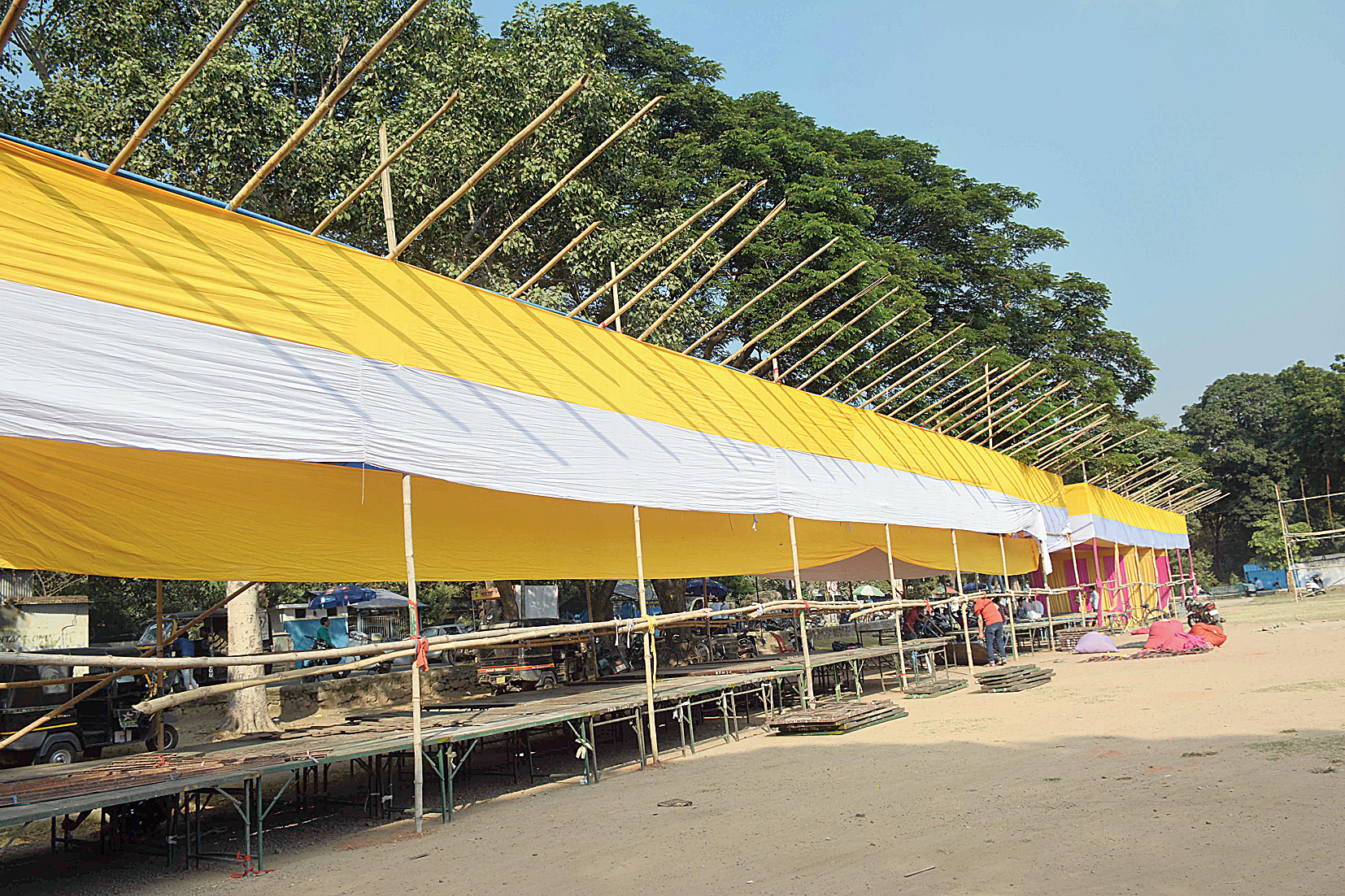 Tents being erected for sale of crackers at Aambagan grounds in Sakchi, Jamshedpur, on Saturday.
Bhola Prasad
Our Special Correspondent   |   Jamshedpur   |   Published 03.11.18, 05:43 PM

Battling manpower crunch, the district administration and police, both in the capital and steel city, will focus on raising awareness among residents to enforce the Supreme Court directive of bursting crackers for only two hours at night.

The authorities in both Ranchi and Jamshedpur will depute officers at designated common selling points of crackers with leaflets informing people about the Supreme Court’s ruling last month allowing a two-hour (8pm and 10pm) window for bursting of crackers during Diwali and also cautioning against bursting high decibel crackers.

“We have received the directive for enforcing the Supreme Court order from state chief secretary Sudhir Tripathi yesterday (Friday). We are printing leaflets and will deploy officers at common selling points to inform people about the designated time and other restrictions,” East Singhbhum SSP Anoop Birtharay said. The SSP said peace committee members at thana level had also been asked to help police.

Dhalbhum SDO Chandan Kumar on Saturday constituted a three-member team to conduct surprise visits at selling points if fire-fighting n orms are being complied with .

Ranchi DC Rai Mahimapat Ray said he would coordinate with the city police to distribute leaflets and depute magistrates and policemen at designated selling points at the time of sale to create awareness.

“City police will be directed to do rounds of important roads and lanes in PCR vans and Tiger Mobile fleets to ensure that the SC order is adhered to,” Ray said.