Awareness drive by forest department against fire in Dalma hills 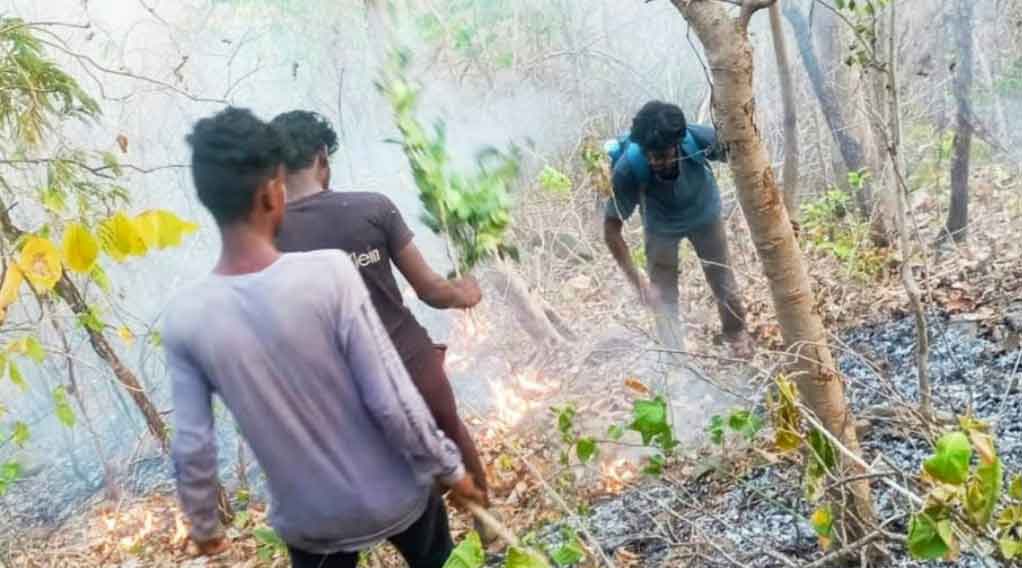 Dalma wildlife sanctuary authority on Thursday lanched an awareness drive among villagers in the sprawling Dalma hills for protecting the hills from the fire.  The wildlife authority has kicked off the awareness drive during the leaves fall season despite adequate number of fire lines set up in Dalma.

"We have started the awareness campaign among the villagers so as to make them  to remain vigilant against tourists and any outsiders who tend to cause fire mishap in the hills," said Dalma divisional forest officer Abhishek Kumar while talking to The Telegraph Online. Kumar pointed outside that though the forest department has set up as many as 19 fire lines across the hills, but they do try to ensure that the forest patches filled with dry leaves are saved from the fire.

The DFO said there are 16 revenue villages in Dalma and during the awareness drive the team of forest officials make the villagers remain vigilant against outsiders and also teach them how to put out a fire by using sticks. Dalma hills get filled with dry leaves during leaf-fall period in the advent of summer. Many of the visitors tend to drop burning cigarette or 'biri' on the heaves of dry leaves, causing a massive fire in the hills.

"Keeping the tendency of the people, forest department sets up fire lines made of dry leaves along the forest roads so that if fire catches in a fire line, it will remain confined to a limited stretch only. The remaining areas in the forest which are also filled with dry leaves and remain prone to fire are protected by the forest protection volunteers (FPVs). But as there are not adequate number of such volunteers, we have to create award among the villagers for remaining vigilant against the forest fire, " said a forest official. The official on condition of anonymity stated that during the past four days fire caught at three spots across the Dalma.

"The fire was triggered at Nipundih, Baliguma and Ramgarh forest patches in Dalma due to dropping of 'biri' or cigarette. The fire in all the three spots could be controlled following toilsome effort by the FPVs," pointed the official.