Award for woman who took up a trowel to turn mason

Homemaker Sunita Devi, the 1st 'rani mistri', to get Nari Shakti Puraskar from the President 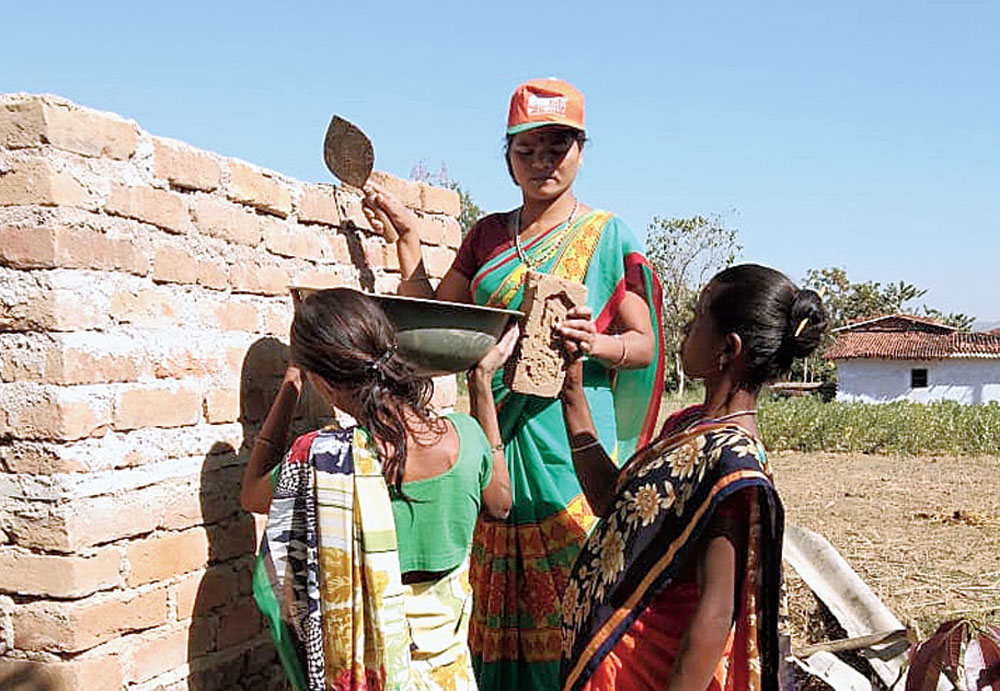 Less than three years ago, Latehar homemaker Sunita Devi, then in her late 20s, had become a woman people in her village Udaypura whispered about and pointed fingers at. Reason: she had embarked on a career as a rani mistri (woman mason) to build toilets and urged other women to join her.

She will receive a cash award of Rs 1 lakh and a citation from President Kovind for breaking into a male bastion, empowering over 300 women as rani mistris and pioneering the cause of rural toilet hygiene.

Every year, around 40 exceptional women and institutions get the Nari Shakti Puraskar in recognition of their contributions to women’s empowerment. Union women and child development ministry selects the names.

Sunita, who lives with husband, children and other members of her family in Udaypura, Zalimkhurd panchayat, some 115 km from state capital Ranchi, is pinching herself for being among the winners.

“I really am speechless,” Sunita, a postgraduate in political science and mother of a boy and girl, told this correspondent over phone.

Living in a village that found nothing odd in women defecating in the open but raised eyebrows when a woman decided to build toilets, she said, “I remember how I and my husband (Ashok Bhagat, a trained labourer) were criticised in our village when I urged village women to construct toilets. We were even asked to leave the village.”

Even her husband was fed up with the criticism and scolded her for taking up this work, she recalled.

“I convinced him this was good and necessary work. He backed me, and gradually others also changed,” she added.

Through her self-help group,Vikas Aajeevika, Sunita constructed 475 toilets in Latehar and also encouraged and trained over 300 rani mistris to build over 1,500 toilets in the rebel-hit district.

Last year, Sunita was appointed as a sanitation consultant for Latehar, which got the tag of an open-defecation-free district.

“She’s broken into the traditional male stronghold of masons. And, she helped hundreds of women to do so, all for toilet hygiene and safety. Great work,” he said.

He added Sunita and other rani mistris worked under a project started in 2016 by the state rural development. Women’s self-help groups formed by Jharkhand State Livelihood Promotion Society were trained on the job and given trowels and other tools.

“We hope her Nari Shakti Puraskar inspires more village women to work towards sanitation.” Across the state, roughly 55,000 women were trained as rani mistris to meet the shortage of masons to build toilets under Swachh Bharat Abhiyan.

Sunita called this “nothing short of a revolution”.

“When we began in 2016 we used to take a week to construct a toilet.

What’s next? “More mindsets need to change,” she said firmly.