Bahronpur was a well-developed city with a monastery, archaeologists confirm 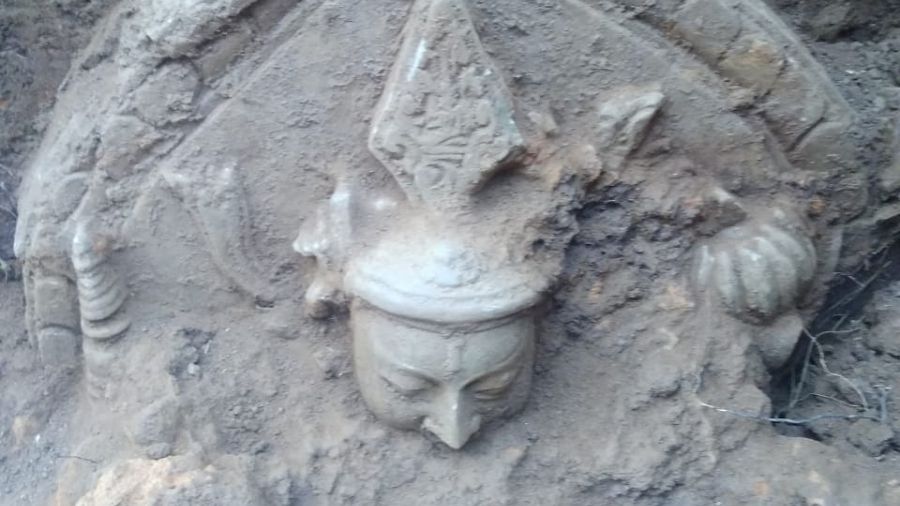 Archaeologists have found a large statue of Gautam Buddha at Bahronpur village in Sitagarha, around 20 kilometres away from the district headquarters, while excavating a ninth century Buddhist Shrine and monastery.

Virendra Kumar Partha, archaeologist at the Archaeological Survey of India said that the team has found other artifacts such as pottery, walls, stairs and tools.

“Efforts are being made to take out the Buddha statue safely. The face itself is 10-inches long so we hope it's a big sculpture,” he told The Telegraph Online on Sunday.

Confirming the site as a major shrine, Partha said that the ASI team has also found a reclining Buddha statue.

The ASI started working at the site after Buddhist monk Bhante Tiswarro revealed details about Bahronpur, widely considered to be a popular monastery during its time. Many residents in the area had found ancient idols in the area while constructing their houses, leading to the discovery of the place.

The central agency has now established that Bahronpur was not only a shrine or a monastery, but a well-developed city of its time.

The ASI had first started excavating the site in November 2019, but had to pause it for some months due to the lockdown.