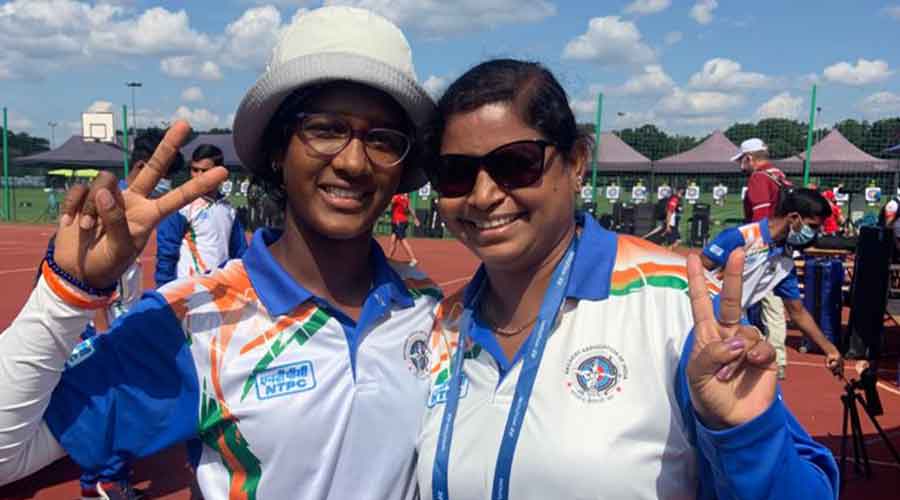 The 19 -year-old Jamshedpur-based Komalika beat Spain's Elia Canales in the under-21 summit clash. The win has put the bespectacled Komalika at par with world number 1 and Jharkhand mate Deepika Kumari as the second recurve archer from India to hold the under-18 and under-21 world titles.

Deepika also hails from Jharkhand and presently lives with her husband and archer Atanu Das in Pune. Deepika completed the double in Legnica, Poland a decade ago.

Jamshedpur-based Komalika, a cadet of elite Tata Archery Academy, rose to fame when she won the under-18 individual title at the World Youth Archery and Cadet Championships staged in Madrid, Spain in 2019.

She comes from a typical Indian middle-class household. Her father, Ghanshyam Bari, works as an LIC agent while mother Lakshmi is a homemaker. Earlier, she was a trainee at a cradle run by Indian Steel & Wire Product near Telco township in Jamshedpur. She made it to the Tata cradle in 2016.