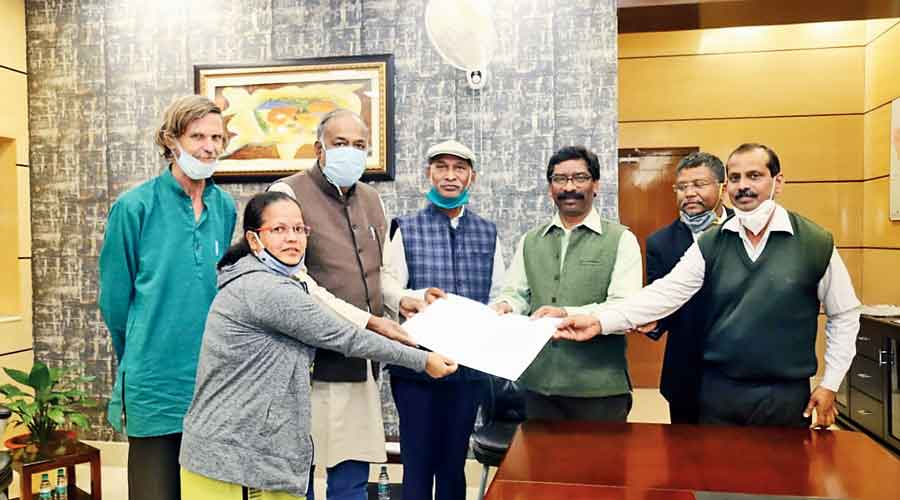 A joint delegation of the Right to Food Campaign and Phia (Partnering Hope Into Action) Foundation, a charity, on Saturday met Jharkhand chief minister Hemant Soren and requested against any cuts on food and social security schemes in the budget.

The delegation, which comprised economist Jean Dreze, former vice-chancellor of Vinobha Bhave University, Ramesh Sharan, Asarfi Nand, state convener of Right to Food Campaign, and state head of Phia Foundation, Johnson Topno, felt that there are legal provisions on selection of schemes and projects at the gram sabha level.

“The government should make budgetary allocation for activities conducted at the gram sabha level along with budgetary provision for establishment of single-window system at block level for social security schemes,” said Nand.

The delegation said there should be not be any reduction in the budgetary allocation for food and social security schemes and also voiced its support for increasing the state government’s share in the pension schemes and make the process of applications simple.

“We also suggested that lentil and edible oils should be added to the list of items available through the PDS shops,” said Nand.

The delegation also demanded to make the State Finance Commission, which is a constitutional body, more active. The other demands included introduction of a regenerative farming policy in the state, constitution of a state-level advisory body for proper coordination between government and civil society organisations to give impetus to execution of welfare projects.

The budget is scheduled to be tabled on March 3 in the state Assembly.