Angle for a bigger catch

Last year, the winner from Kharagpur had netted a 14.7 kilo catla 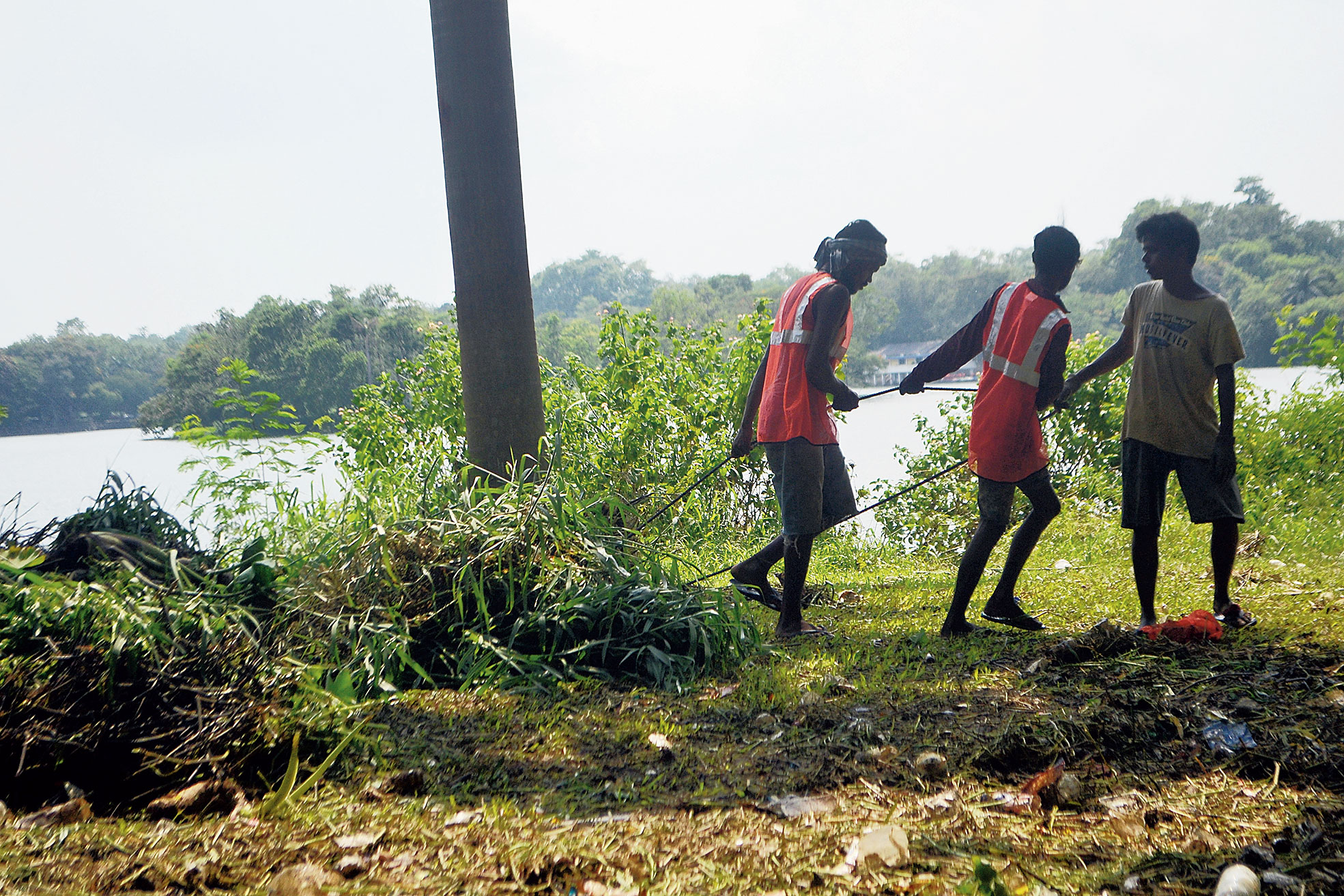 Jusco workers wrap up cleaning Jayanti Sarovar in Jubilee Park, Jamshedpur, on Saturday. The two-day angling contest will be held at the lake from July 29.
Picture by Animesh Sengupta
Our Special Correspondent   |   Jamshedpur   |   Published 27.07.19, 06:46 PM

A cleaner lake and a much bigger turnout will be the highlights of the silver jubilee year of the annual angling competition at the Jayanti Sarovar here organised by Jamshedpur Angling Club to mark the 115th birth anniversary of Bharat Ratna corporate legend J.R.D. Tata on July 29.

For the first time in its history, the angling club set up in 1947 will host a two-day contest instead of the usual daylong one because the number of interested participants has more than doubled this year.

“Normally 50 or 60 participants show interest every year. But this year, we got response from over 130 participants from Calcutta, Kharagpur, Midnapore, Bankura, Purulia (all Bengal), Mayurbhanj (Odisha) and Ranchi. So, we have to host the contest across two days as we can’t make all 130 anglers sit and fish at one point of time. The competition will begin on July 29 and end on July 30,” JAC secretary Sukumar Ghoshal said, adding that winners would get LED TVs, trophies and fishing equipment as prizes.

Benchmarks are high — or heavy, if one puts it that way — in this contest. Last year, the winner from Kharagpur had netted a 14.7 kilo catla.

Ghoshal added that at one time, a maximum of 65 anglers could be allowed to fish in the lake on both the days of the contest from 7am to 5pm.

“Any more anglers at a time would be counterproductive. Angling needs patience, solitude and privacy. It’s a solo sport, not a team game. After all, the fish need to bite, and they won’t if there are too many hooks and too much noise,” he said.

Expressing pleasure at the overwhelming response to the angling contest this year, Ghoshal also said it was a matter of pride for Jamshedpureans that the Jayanti Sarovar, a manmade reservoir sprawling across 20 acres inside the landmark Jubilee Park, was so famous among anglers in the eastern states.

Jusco has also checked if the special sensors installed in 2017 to monitor the various parameters of the fish habitat, including the level of dissolved oxygen, are functional.

The angling club, on its part, has released over 40kg of Toximar (a mixture of natural zeolites), 10 quintals of lime and 50kg of potash alum in the lake to maintain its health.

“We have also put in around 500 fish fries of rohu, catla, mrigal and catfish in the lake to grow across the past few months in preparation for this mega contest. Anglers are excited that the catch would prove to be bigger in the silver jubilee year of the contest. We have done our best to ensure anglers get a satisfactory catch,” added the JAC senior functionary.

A member of the angling club agreed the lake was “looking stunning”.

“We also feel that if the vicinity of the lake was maintained well with pavers’ blocks, we will get to attract more anglers from Jharkhand and beyond in the years to come,” the angling club member added.