Advertisement
Home / Jharkhand / Shah: Nobody has anything to fear

Shah: Nobody has anything to fear 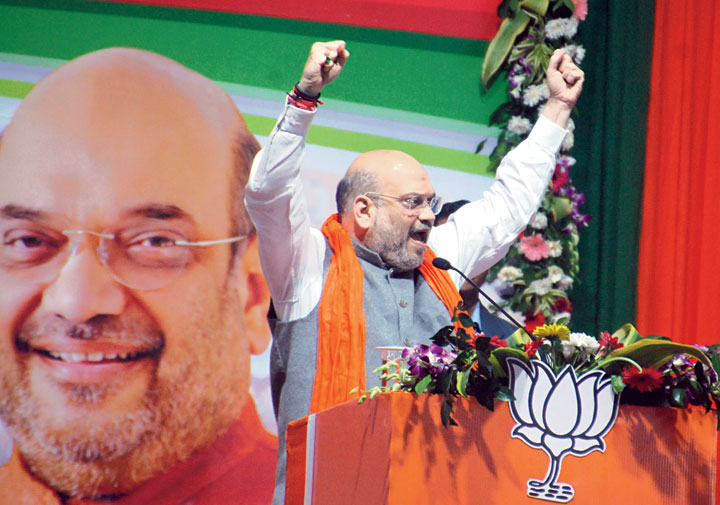 “We have brought the amended Citizenship Act and the Congress got a stomach ache and is fanning violence against it,” he said.

Shah, who is also the BJP national president, tried to allay the fears of the people of the Northeast, where protests have erupted over the new law.

“I assure the people of Assam and other northeastern states that your culture, social identity, language and political rights will not be touched and the Narendra Modi government will protect them,” he said.

“They said there is a problem in Meghalaya. I tried to make them understand that there is no issue. Yet, they asked me to change something (in the law). I asked Sangmaji to come to me when he is free after Christmas and we can think constructively for a solution for Meghalaya. Nobody has anything to fear,” he said.

Hitting out at Rahul Gandhi, Shah said the former Congress president was ignorant of India’s history.

“Even a district youth president of our party can give an account of the developmental work done during five years of BJP-led rule in Jharkhand (more) than what Rahul Gandhi's Congress has done during 55 years of its rule. Rahul Gandhi and Hemant Soren say why is Kashmir issue important in Jharkhand elections? ...the youth of this state are securing the borders of this country. But Rahul Gandhi does not know history as he has Italian sunglasses in front of his eyes,” he said.

Shah also accused the Congress of “encouraging” Naxalism, “handing over” Kashmir to terrorists, and dragging the Ayodhya issue for years.

In Giridih, Shah said Jharkhand had witnessed large-scale corruption during the previous governments but there was not a single charge of graft against the Raghubar Das government in the state. However, Das’s former cabinet colleague Saryu Roy has been levelling a series of corruption allegations at the chief minister.

Referring to support provided by the Centre to the state, Shah said: “Narendra Modi government enhanced the allotment to the state to Rs 3,08,487 crore in five years from Rs 55,253 crore sanctioned by the previous government of Manmohan Singh.”

He also said: “Only 22,000km of roads had been constructed during the long reign of Congress spanning over 55 years in Jharkhand but we constructed over 22,865km of roads in five years.”