Need to increase the employability of the rehabilitated people stressed 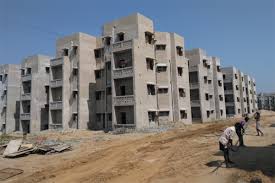 Gaurav Agarwal, the amicus curiae appointed by the Supreme Court to oversee the progress of Jharia Master Plan, has suggested the appointment of a full-time nodal officer for speeding up the rehabilitation work in the underground fire-hit areas.

Agarwal also stressed the need to increase the employability of the rehabilitated people and integrating them with skill development projects.

He made the suggestions during a meeting with the stakeholders, including officials of Bharat Coking Coal Limited, Jharia Rehabilitation and Development Authority (JRDA) and the state government, in New Delhi on Tuesday.

The apex court had on February 11 directed Agarwal to hold the meeting. Agarwal’s recommendations will be discussed in the meeting of the coal ministry committee on fire, subsidence and rehabilitation scheduled in New Delhi on March 4. Issues such as the extension of the Jharia Master Plan’s cut-off date would also be taken up at the meeting.

Sharing details of Tuesday’s meeting, one of the participants said: “The amicus curiae suggested the appointment of a full-time nodal officer to oversee the rehabilitation work because the Jharia Rehabilitation and Development Authority (JRDA), which is implementing the master plan, lacks full-time officials in key positions. Agarwal maintains that a nodal officer will be able to coordinate with both the state government and the Centre.”

BCCL director (personnel) R.S. Mahapatra, who was also present at Tuesday’s meeting, said: “The suggestions will be discussed in the meeting of the coal ministry committee and the decisions will be sent to the Union cabinet for approval.”