Covid: Alert on virus spread in Jharkhand parks and zoos 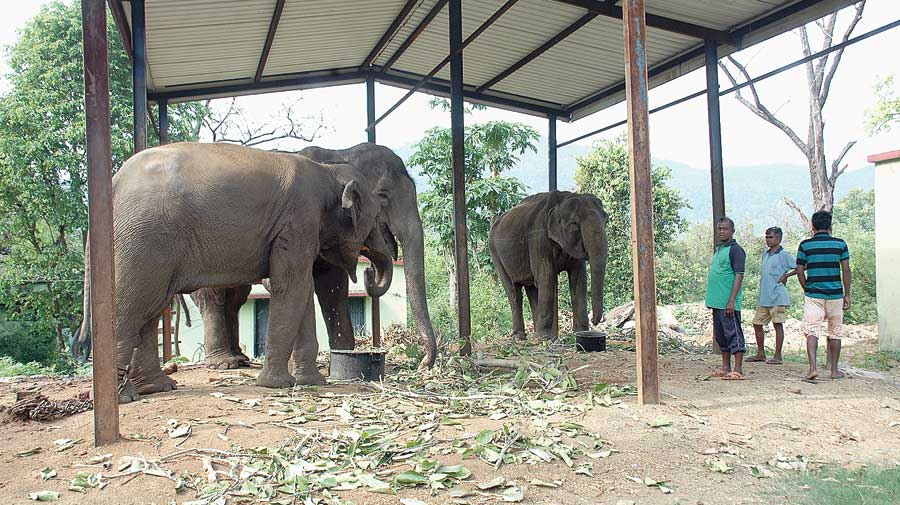 The Jharkhand forest department has asked all closed national parks, wildlife sanctuaries and zoos in the state to be on alert for the possibility of spread of Covid-19 among animals.

The directive to this effect was issued by Jharkhand principal chief conservator of forests Rajiv Ranjan on Wednesday after eight Asiatic lions at Hyderabad’s Nehru Zoological Park tested positive for Covid-19 in perhaps the first such reported incident in India.

The lions were found Covid-19 positive after examination of their saliva samples at the CSIR-Centre for Cellular and Molecular Biology Laboratory for Conservation of Endangered Species.

“We have asked all the national parks, wildlife sanctuaries and zoo authorities to be on alert after the reports of lions testing Covid-positive in Hyderabad. An advisory has been issued to ensure that all animal keepers and zoo staff who frequent animal enclosures, including security personnel, are made to undergo RT-PCR tests. They also need to be vaccinated at the earliest. The authorities have also been asked to closely monitor the health of all the animals in the zoo. Though it is not possible to maintain a close watch on the animals at national parks and sanctuaries, after every animal death be it in zoo, parks or sanctuaries apart from the post-mortem they need to also undergo Covid test,” Ranjan told The Telegraph.

The advisory directs officials that in any case of any Covid-like symptoms shown by animals in the zoo or national parks, their swab samples should be taken immediately for Covid testing.
There is one state-owned zoo at Ormanjhi in Ranchi and two privately managed zoos in Bokaro (managed by SAIL Bokaro) and Jamshedpur (managed by Tata Steel).

“We have also asked the zoo authorities to ensure maximum sanitisation and cleanliness in the animal enclosures and also ensure that all staff and animal keepers are allowed inside the zoo after thermal scanning.

“A task force and rapid action force has been constituted, comprising veterinary experts, as per the advisory issued by the Union ministry of environment and forests for keeping vigilance at the zoo, national parks and sanctuaries round the clock, especially on the health of animals. Since the zoo and sanctuaries are closed due to lockdown restrictions, interaction with human beings is not possible,” added Ranjan.

On Tuesday, Jharkhand reported 5,770 new Covid-19 cases taking the active caseload to 59,532. The state also registered 141 deaths due to the virus on Tuesday, taking the total casualties to 3,346.