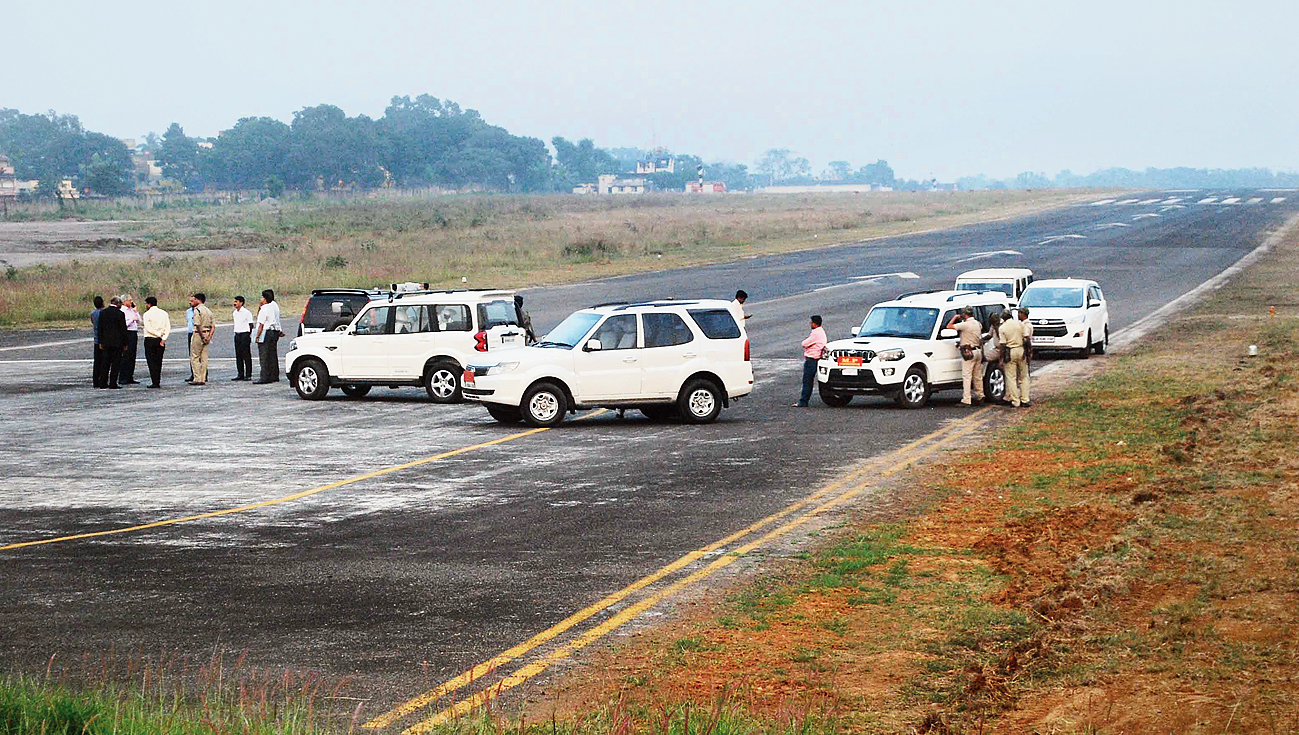 The Union civil aviation ministry is understood to have served a final notice to Air Deccan for launching flight services between Jamshedpur and Calcutta by the end of the year, failing which its rights to the sector would be cancelled.

Union civil aviation secretary Rajiv Nayan Choubey, who was in the steel city on Friday, said the notice was served last week on the airline that has been reneging on past commitments to start the service.

“As per the notice they will have to start operations by December 15 or face cancellation of allotment of the route. Air Deccan founder G. R Gopinath has assured us that they would launch the service before that date,” Choubey told the media after a two-hour meeting with Tata Steel aviation wing officials, East Singhbhum deputy commissioner Amit Kumar and Jamshedpur MP Bidyut Baran Mahto at SonariAirport.

The aviation secretary said in the worst case scenario of Air Deccan failing to start flights, the ministry would put the route for bidding once again as per the terms of the UDAN (Ude Desh Ka Aam Nagrik) yojana. The bidding process would take a minimum of three months to be completed. The operator that wins the bid would then be given another six months to start operations.

“We are hopeful that Air Deccan will start operations as it has four 19-seater planes that are fit for Sonari Airport according to DGCA (Director General of Civil Aviation) safety parameters,” Choubey said, adding that Alliance Air, a subsidiary of Air India, did not show interest in the route as the UDAN subsidy wasn’t enough.

Choubey attributed the delay in starting the flight services between Jamshedpur and Calcutta to Air Deccan’s financial problems and safety parameters concerning Sonari Airport. “While the safety issues were resolved after DGCA assessments, Air Deccan needs to sort out its issues now,” he explained.

On Saturday, the civil aviation secretary is scheduled to travel 60km from here to conduct a recce of an abandoned World War II-era airstrip at Dhalbhumgarh in Ghatshila, to pursue a proposal to build an airport there.

“We are looking to develop the 2km-long airstrip into a big domestic airport of international standards. The bulk of the 570-acre plot is government owned. After land acquisition is finalised, Airports Authority of India and the Jharkhand government would ink an MoU for developing the airport,” said Choubey.