Advertisement
Home / Jharkhand / After years of neglect, British-era pond in Hazaribagh gets renovated 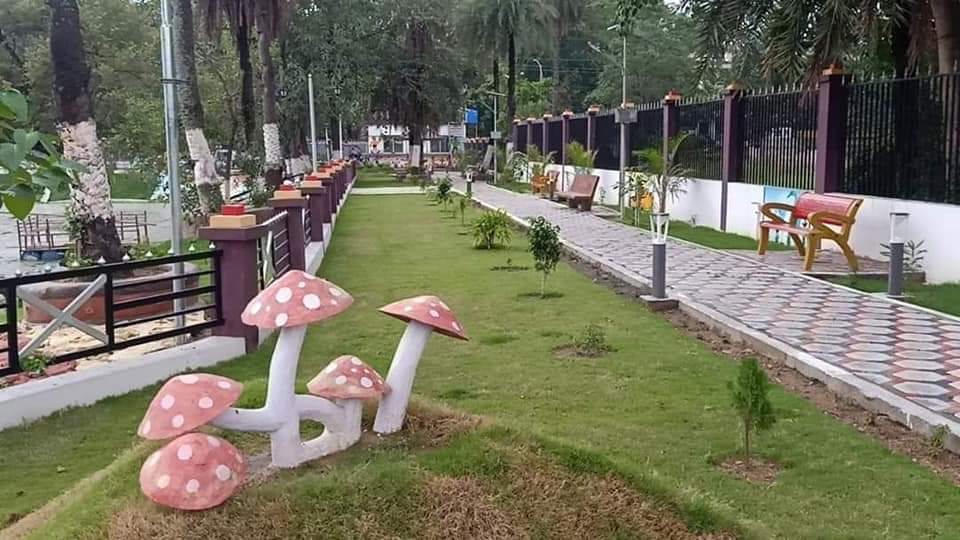 A pond, constructed in 1857 by a British deputy commissioner, has now been renovated after it lost its glory due to poor upkeep.

Three MLAs on Sunday night jointly inaugurated the park surrounding the pond, which now accommodates an amusement park and a cafeteria, and is beautified by pathways, foundations, flower beds and a grand entrance gate.

The park is located on the Ranchi-Patna Highway, opposite to the Rotary House, which was the official residence of Captain Simpson, as per official records. He had ordered the construction of the pond and undertook plantation drives to ensure a plentiful number of palm trees near it. The Rotary House is now occupied by Jharkhand police academy principal, an officer of deputy inspector general rank.

The pond slowly became an attraction for its lush greenery and scenic beauty and people named it after the captain.

However, with the passage of time, the place lost its charm as no one maintained it after the captain and local inhabitants began polluting the water. Recently, meat vendors had set up their shops in the adjoining area of the pond, using it to dump their waste. The excessive blood had turned the reservoir red in colour.

The cleaning initiative was started by deputy development commissioner Vijaya Jadhav, who undertook the mission in January 2019 soon after she was posted there. Her residence is also in close proximity to the newly-renovated park.

In January last year, Jadhav, an IAS officer of the 2015 batch, led a drive, involving CRPF jawans and civic body officers, to free the area of illegal encroachment. On a war footing, she began a renovation project for the pond, which cost around Rs 1.5 crore.

With the pond cleaned and boundary walls raised, several cemented umbrella stands were erected at the sitting area. Stairs were constructed around the pond besides an amusement zone for children and seasonal flower beds to add to the beauty of the place.

The boundary walls erected around the pond have been kept small in size with iron grills fitted on top to allow passersby to enjoy the beauty of the pond.

On the renovation project, Jadhav said the pond will attract people and generate revenue for the zilla parishad, the custodian of the pond. She said this pond has been given a facelift in such a manner that it becomes a beautiful spot in the town.