After rain & thunderstorm, brace for a cold wave 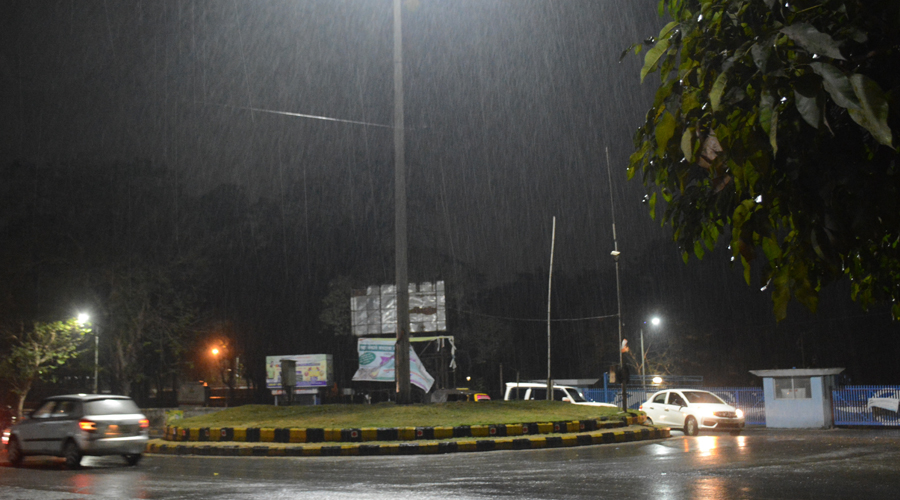 Unseasonal rain and thunderstorm lashed several parts of the state, especially Jamshedpur and Ranchi, on Saturday night in tune with predictions of the Met office that had flagged a western disturbance-induced cyclonic circulation as the trigger.

Torpa in Khunti district recorded the highest rainfall of 5mm while Jamshedpur followed second with the local IMD observatory recording rainfall of 3.4 mm.

Branches of trees fell at several places in Jamshedpur and other parts of the Kolhan region as gusty winds swept at a speed of 35 Kmph.

Branches of trees that fell at the Ambagan area in Sakchi due to strong winds in Jamshedpur on Saturday night.
Picture by Bhola Prasad

"The weather condition will gradually improve from Sunday in most parts of the state. We are expecting dry weather and clear sky with fall in minimum readings by 3 to 4 degree Celsius in the next two days," said Abhishek Anand, deputy director of Ranchi Meteorological Centre.

Ranchi Meteorological Centre also issued an alert of moderate to dense fog in isolated pockets of the state during the next two days. The Met department also predicted a cold wave for the next two days as minimum readings are expected to fall abruptly.

On Sunday, Ranchi and Chaibasa in West Singhbhum recorded a minimum temperature of around 11 degree Celsius. Jamshedpur recorded 13.4 degrees Celsius.

Daltonganj witnessed plummeting night readings with the local observatory recording 9.6 degrees Celsius on Sunday. Bokaro, Dhanbad and Ramgarh recorded around 10 degree Celsius. As per forecast, minimum readings will witness a further fall in the next 48 hours.