Despite qualifying for nationals on two occasions (2016 and 2017), Konica Layak was still relying on rifles from her coach and friends to practice 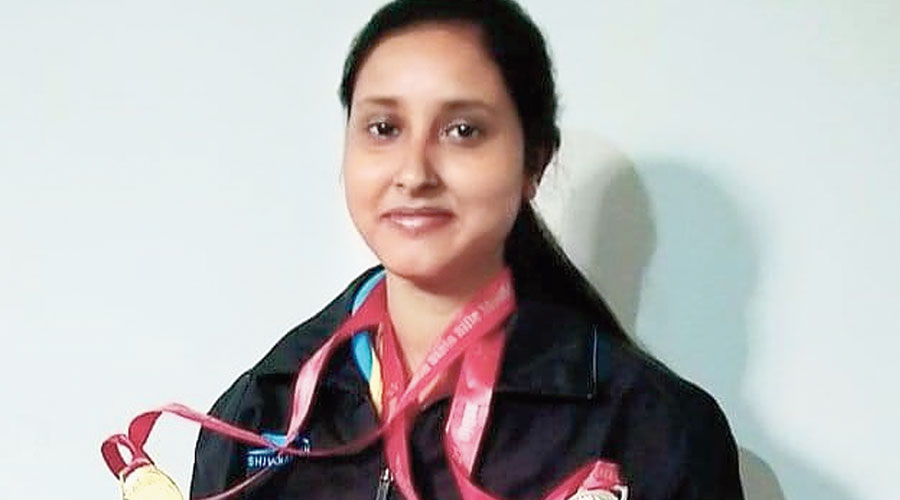 Actor Sonu Sood has pitched in to help a Jharkhand based woman shooter with an imported rifle to pursue her dream of winning medals in the national arena.

The actor who shot into fame for helping migrants during the pandemic got to know about the plight of the shooter Konica Layak hailing from Dhanbad who despite qualifying for nationals on two occasions (2016 and 2017) is still relying on rifles from her coach and friends to
practice.

“I had tweeted to Sonu Sood sir about the plight of the shooter who despite having potential could not succeed due to lack of rifle and we are glad that the Sonu Sood Foundation pitched in with the required funds for Konica to buy the rifle,” said Ankit Rajgarhia, a Dhanbad based social worker.

Speaking to The Telegraph, Konica Layak, 26, said that for all these years she had to depend on the rifle of her coach Rajendra Singh and friends to practice at the shooting range in the ISM Dhanbad.

“I cannot have my own rifle as it costs nearly Rs 3 lakh. I had to depend on my coach rifle or on my friend. I had arranged Rs 80,000 from my friends and taken Rs 1 lakh as loan for the rifle and fortunately Sonu Sood Foundation arranged the remaining funds for the rifle and I have already placed the order. The Germany made rifle would be reaching me in two and half months,” Konica said.

She has qualified at the National Shooting Championship at Pune in 2016 and national competition in Kerala in 2017. But could not win any medals.

“With the rifle I can practice in my own time and also get admission in the Joydeep Karmakar Shooting Academy at Calcutta in order to hone my skills and stay in medal hunts at national and international competitions,” said Konica, who is pursuing PG in commerce and whose father Partha Pratim Layak works in a private firm earning a meagre monthly income of Rs 10,000.