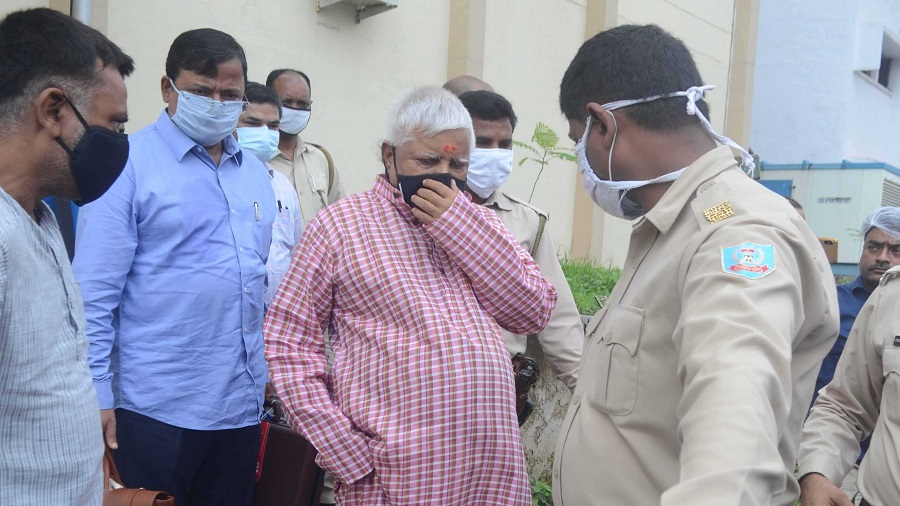 As many as nine security personnel deployed for RJD chief Lalu Prasad’s security have tested positive for Covid-19, authorities at the state-run Rajendra Institute of Medical Sciences (RIMS) said on Friday, adding that Ranchi police had been sounded out for replacements.

Dr Umesh Prasad, who is taking care of Lalu’s treatment at RIMS, said, “Nine security personnel (cops), who were posted at Director’s Bungalow here for Lalu’s security, have tested positive for the coronavirus. They are being replaced by Ranchi police on priority basis.”

Lalu, who is undergoing a prison sentence after his conviction in fodder scam cases, is suffering from multiple ailments. The doctor, however, said that the RJD leader would not need to undergo fresh Covid-19 tests as the guards who tested positive did not have direct access to him.

“All of them were basically posted at the picket on the outer ring of the bungalow on RIMS premises. Moreover, we don’t see any symptoms that would require him to undergo a Covid test immediately. He is stable, and doing fine,” said Prasad.

Since his conviction in multiple fodder scam cases over a year and-a-half ago, Lalu has spent most of his jail term at RIMS to undergo treatment for various ailments including diabetes and hyper-tension.

On August 5, Lalu was shifted from RIMS Paying Ward to the Director’s Bungalow owing to a threat of infection after a couple of his helpers, besides security guards, tested positive for the coronavirus. Moreover, the Paying Ward building also housed Covid care wards on its upper tiers which further increased the risk of infection.

Dr Prasad said they were taking all possible precautions to prevent Lalu from any kind of infection at his new place of residence. “Currently, he has two helpers assigned to him. They had undergone Covid tests before being put on duty. He isn’t being allowed to meet anyone and the bungalow where he is lodged has sufficient space for him to take walks and stay fit,” said the doctor.