8 officials of ECL, private firm booked for Dhanbad mine cave-in 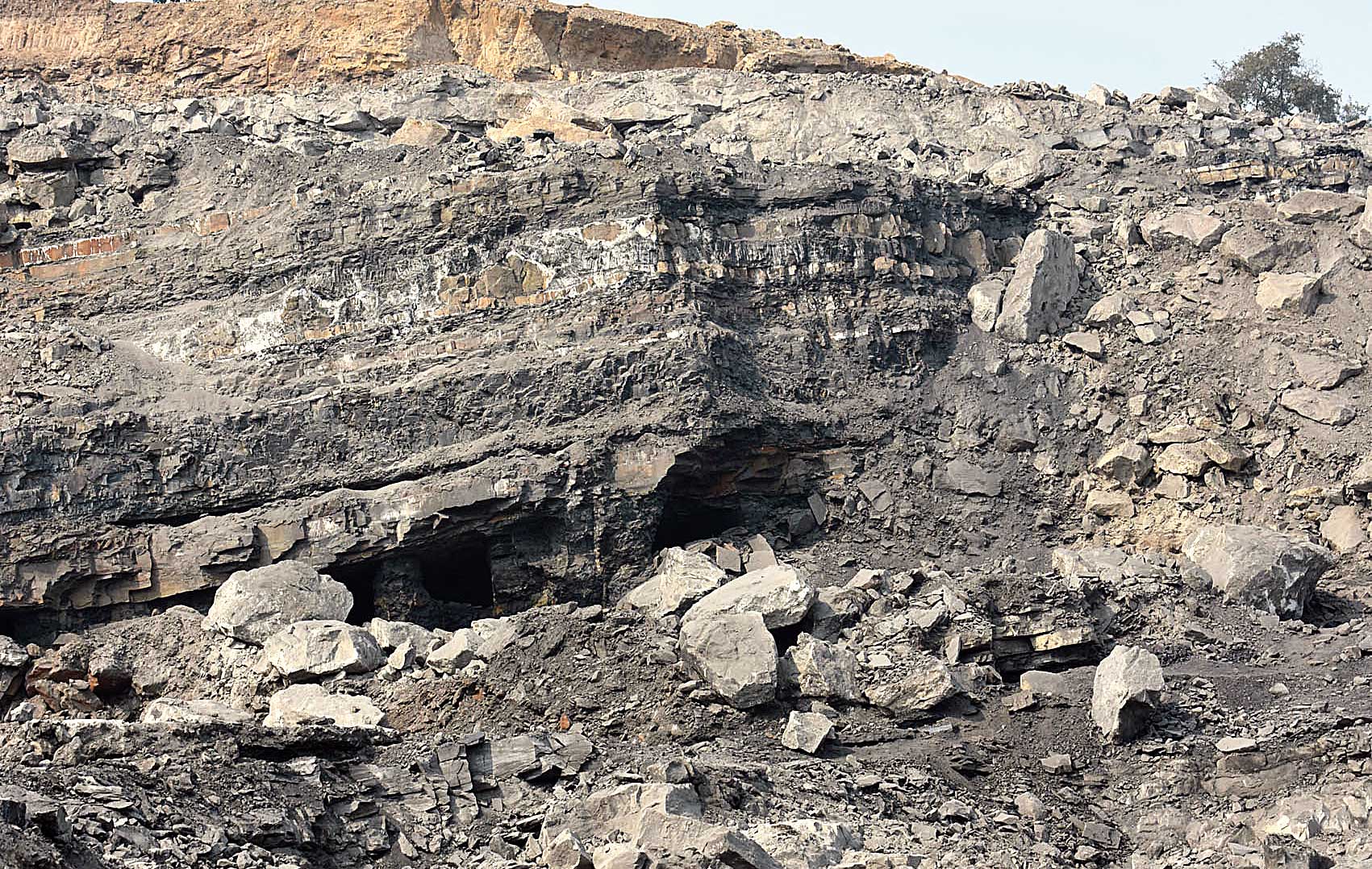 A few open crevices on Thursday at the fatal mine in Kapasara, Dhanbad, from where one unidentified body was brought out on Wednesday.
Picture by Gautam Dey
Praduman Choubey   |   Dhanbad   |   Published 24.01.19, 08:53 PM

Police on Thursday filed FIRs against eight persons, including officials of Eastern Coalfields and its outsourced firm, a day after an ECL’s outsourced operational mine in Mugma’s Kapasara area, 40km from the coal town, caved in to kill at least one illegal miner, prompting widespread speculations that more had been buried alive.

The body of the illegal miner who died on Wednesday, in his 30s, has not yet identified and is lying at PMCH morgue in Dhanbad.

Though police with help of ECL sealed the mine in question, both continue to spar over the tragedy that underscores the open secret of rampant illegal coal mining. Local residents, including women, with primitive implements and virtually no safety gear enter operational or abandoned mines to chip away at coal.

Prodded about the FIRs, additional general manager of ECL Mugma area Abhijit Ganguly, who also visited Kapasara colliery on Thursday morning, said he wondered how they (ECL) or the outsourced private company could alone be blamed for illegal mining. “No single entity can be solely blamed for Wednesday’s death as you can’t clap with one hand. The solution to stop illegal mining lies in better coordination between the district administration, police and ECL management,” he said.

Empty heavy vehicles stand in a row at Kapasara coal mines, Dhanbad, on Thursday, where operations stayed shut a day after at least one illegal miner was killed.
Picture by Gautam Dey

But Nirsa OC Sushma Kumari, who visited the site this morning around 10.30am, squarely blamed the ECL.

“ECL does not cooperate with us,” she said. “We are not even given vehicles by ECL authorities for transporting coal seized by us during night raids. Even the ECL weigh bridge (where coal is weighed) lies closed and we have to get coal weighed by shopkeepers and traders,” she said.

She claimed the police had stepped up vigil at illegal mining sites but their teams could not “stand all day” at various mining sites to prevent thousands of local residents, including women, from taking away coal. “I was at the site at 4am yesterday (Wednesday), an hour ahead of incident, and drove away hundreds of people, majority of whom were women and all mining illegally. But people returned to the site in droves after the police left as we can’t keeping standing at the same place,” said Kumari.

“Also, village women in thousands are engaged in illegal mining. They pelt stones sometimes. Even today (Thursday), a police team faced stones in an area near Kapasara,” she said, wondering if barricading such mines would help.

A supervisor of the private company STA-BGM & M-SRCC (JV) requesting anonymity also called illegal mining a huge problem. “What can we do? We are not the police. People attack us when we resist their attempts to mine illegally. If we put up boulders to plug mines, people push them off,” he said.

Contacted, director-general of Mines Safety P.K. Sarkar called illegal mining a purely administrative issue. “We mines regulators are entrusted with the job of overseeing safe mining operations in legal mines only. We take note of illegal mining when it affects the safety of legal ones in exceptional cases. But we have sent a team to the site which will prepare a brief report. If the government seeks it, we will hand it over,” he said.