5 held for schoolgirl rape near Ranchi 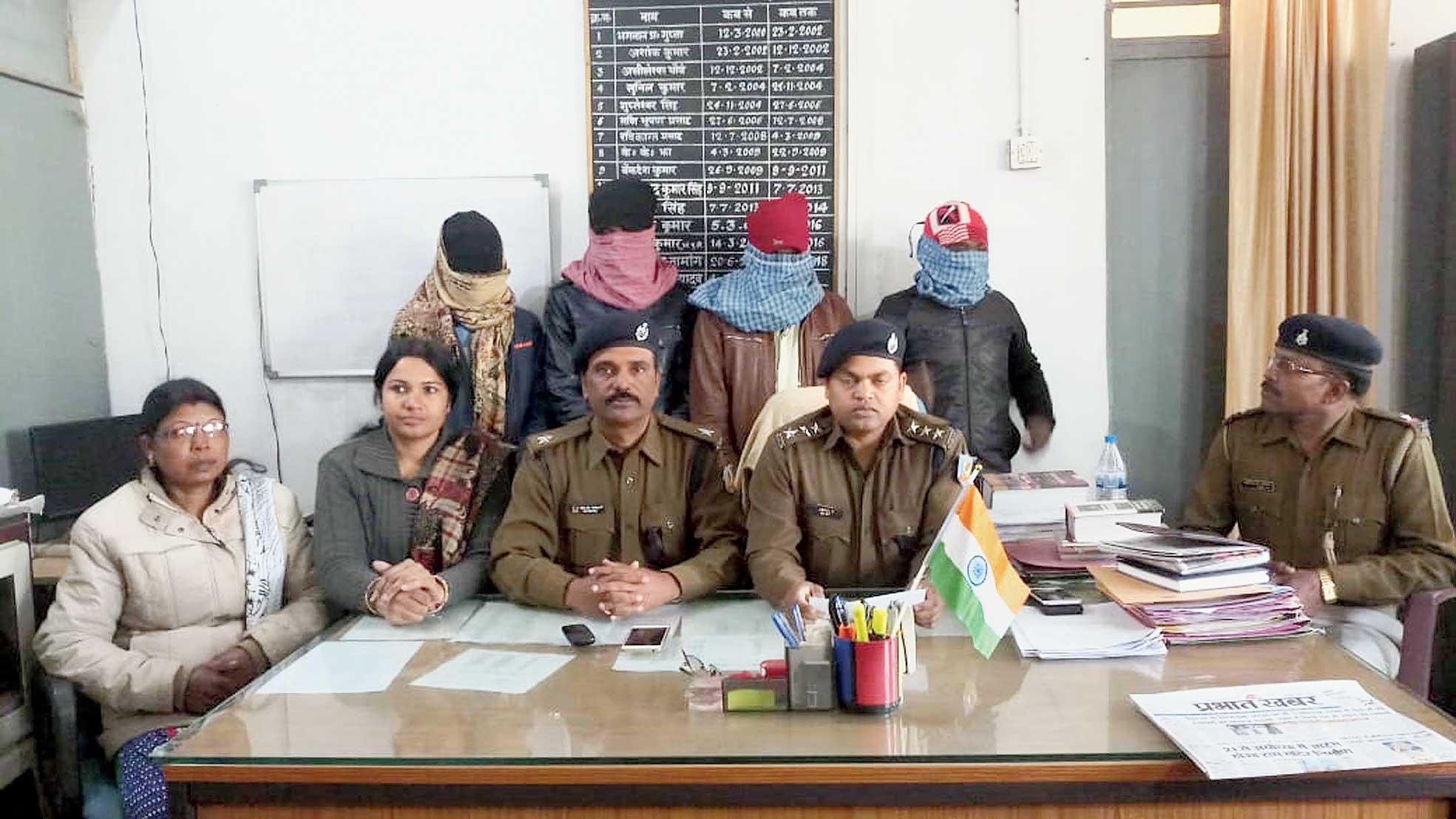 Five youths, including a suspected minor, were arrested late on Wednesday for allegedly raping a 15-year-old schoolgirl in Bundu, some 45km from here, on Tuesday.

Speaking to the media on Thursday, Bundu DSP Ashok Kumar said the case was solved swiftly by ASI Sangita Jha and team in 24 hours. Four of the accused were sent to Birsa Munda jail in Ranchi on Thursday and the fifth to the Dumardaga child remand home.

DSP Kumar said the gang-rape of the schoolgirl took place on Tuesday evening at a place named Ahirtola Tau in Bundu. Five youths of Ahirtola Tau, Raju Ahir, Amit Ahir, Sharnagat Ahir and Pankaj Ahir aged between 18 and 20, and their supposedly underage friend, accosted the girl, on a day out with her friend, around 6.30pm.

Both the girl and her friend (a boy, name withheld on request) were from Tamar and had come to Bundu, some 20km apart, for sightseeing on a scooter that fateful day.

The five culprits spotted the girl standing near a lodge at Ahirtola Tau when her friend had gone inside to meet one of his friends. By the time he came out of the lodge, the five had already started molesting her. The five quickly overpowered the girl and her friend and snatched their phones. Then, they dragged her to a lonely spot and raped her, the DSP said.

The five accused then returned the girl’s phone but not that of her friend’s, and let both go with a warning that they not report the matter to the police. However, the rape survivor did not heed the threats and told her family who lodged a complaint. An FIR was filed under Sections 395 and 376 of the IPC besides relevant sections of the Pocso Act.

On how ASI Jha solved the case swiftly, the DSP said she established their identities by questioning residents of Ahirtola Tau and then launched a search for them. All were arrested from Ahirtola Tau itself.

A police source said that the fifth accused, said to be a minor, did not look it. “We will verify his age medically. Till his age is established beyond doubt, he will stay at the remand home,” he said.