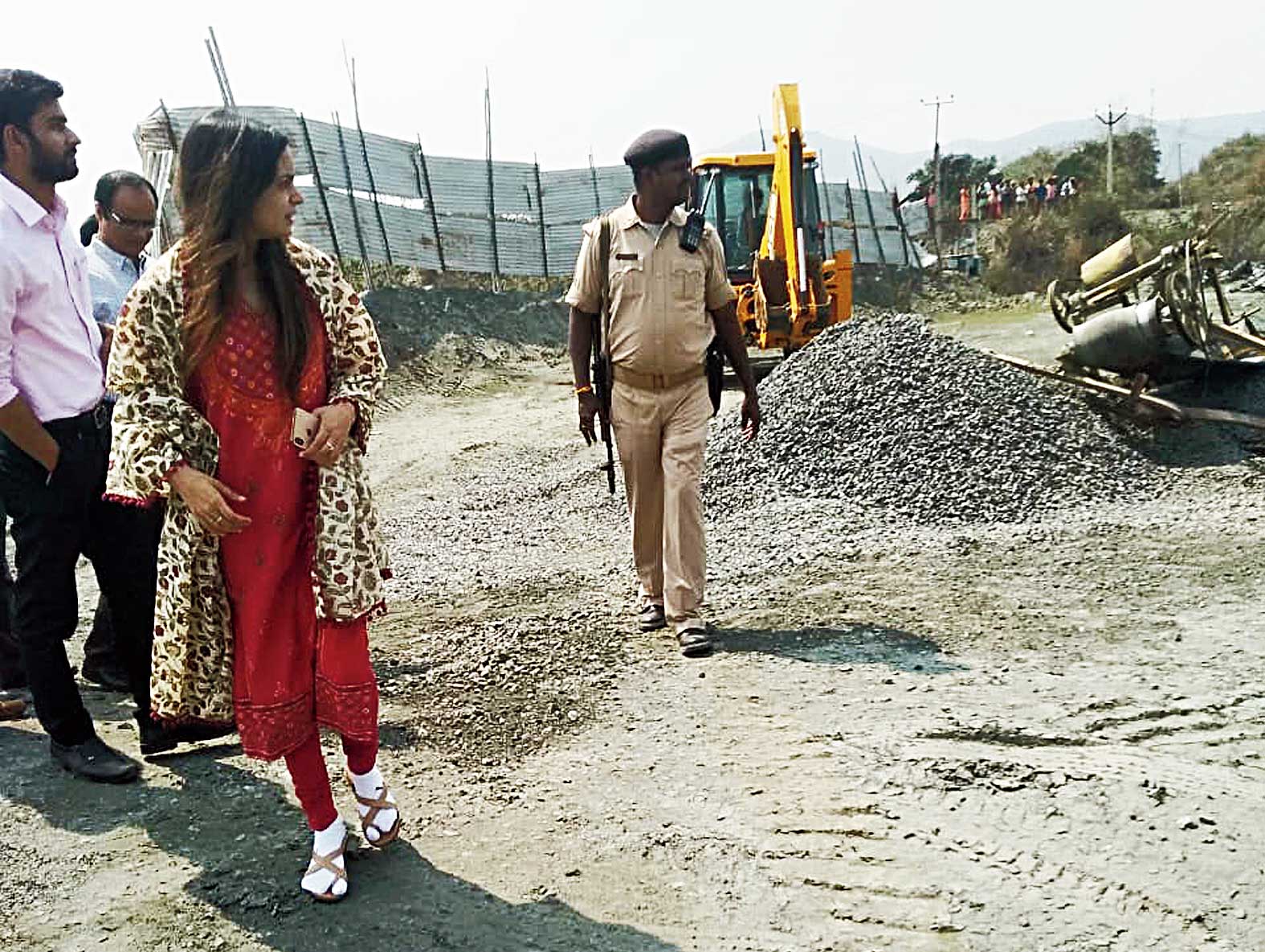 SDO Garima Singh during the eviction drive in Ormanjhi near Ranchi on Saturday.
Telegraph picture
Our Correspondent   |   Ranchi   |   Published 16.03.19, 06:54 PM

A team of district administrative officials destroyed five illegal crusher units and sealed one at Piska village under Ormanjhi police station, around 20km from the city, on Saturday.

The team led by sub-divisional officer (SDO) Garima Singh and district mining officer Ravi Kumar carried out the drive from 12.30pm till 3.30pm.

A team of cops from Ormanjhi police station was also deputed at the spot. However, no one was arrested.

Confirming the drive, SDO Singh said. “It was routine exercise by the district administration.”

She redirected further question to the district mining officer. “The crusher units that were destroyed were running without any licence. The crusher unit, which was sealed, was not giving correct report of production,” DMO Kumar said.

Probed further, Kumar said minute details could only be obtained by the mining inspector.

Unconfirmed sources in Ormanjhi said destruction of illegal crusher units was not a new thing in the locality.

“Illegal crusher units run with the connivance of mining department officials. These crusher units, which supply stone chips for construction work across the city and other parts of the state, also contribute to pollution. Sometimes explosives are also recovered from these units. Despite raids, they flourish in the area,” a villager said requesting anonymity.