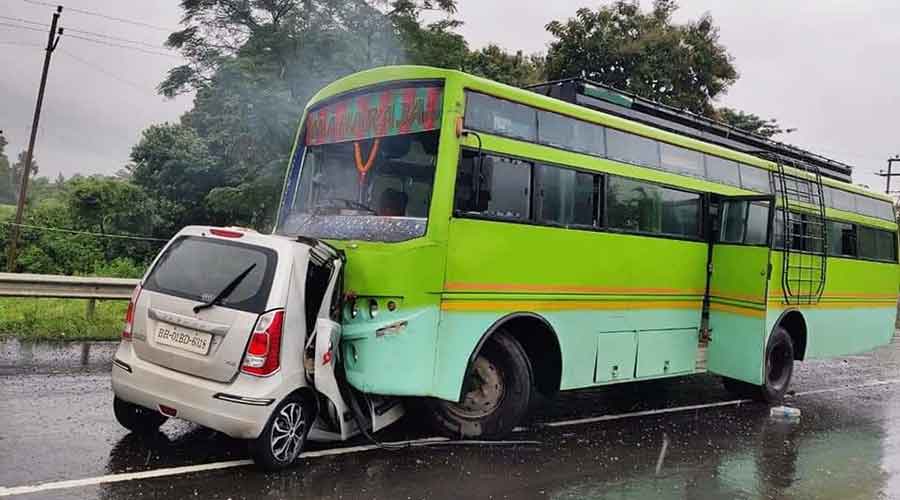 Five persons were charred to death as their car caught fire after a head-on collision with a bus in Jharkhand's Ramgarh district on Wednesday morning, police said.

The accident happened at Murbanda in the Rajrappa police station area, they said.

The driver of the bus was also critically injured and admitted to a hospital, police said.

A WagonR car collided head-on with a bus on Ramgarh-Gola Main Road around 8 am, Superintendent of Police Prabhat Kumar told PTI. 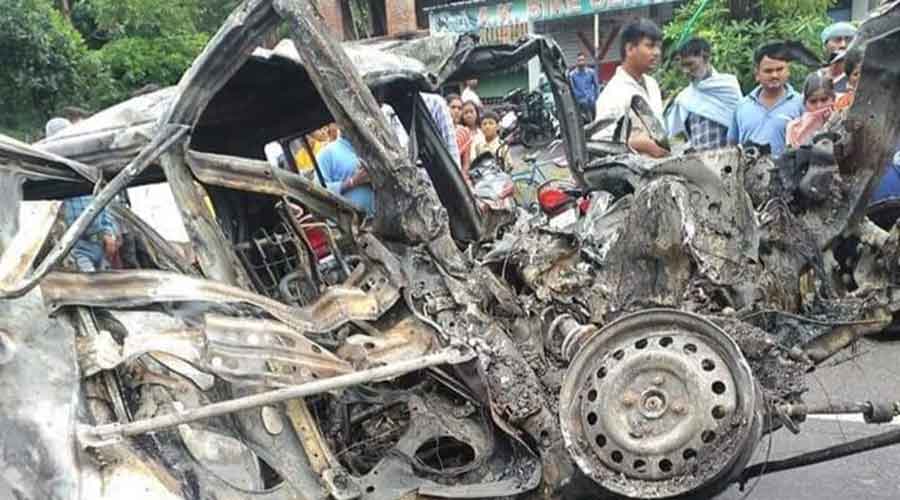 The WagonR car after the incident on Ramgarh-Gola main road at Ramgarh.
Shabbir Hussain

The deceased include four adults -- two men and two women, and a teenage boy, the officer said.

The victims were from Patna and police were find out their addresses and other details, he said.

The cause of the accident was being investigated, he added.