Cell phones, laptop and a car seized from Vrindavan Apartment 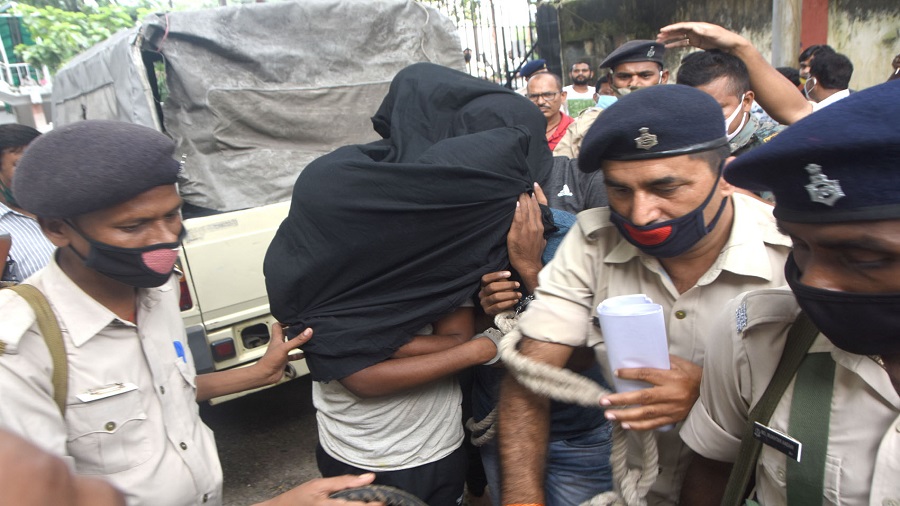 Police arrested a gang of four cyber criminals who posed as customer service executives of a payment app and siphoned off close to Rs 50 lakh from unsuspecting customers.

Dhanbad SP (city) SP R. Ramkumar told the media that the members of gang, three from Jamtara and one from Giridih, were arrested from Vrindavan Apartment of Dhaiya locality of Dhanbad after a tip-off.

Ramkumar said the members of the gang of cyber criminals would pose as Google Pay customer care representatives after taking out fake advertisements. The modus operandi wasn’t immediately clear, but police said they had enough evidence against them.

“We have sufficient evidence against the arrested persons. The seized laptop and mobile phones have video recordings of their operations by virtue of which they would obtain access to their victims’ devices and then siphon off money,” Ramkumar said.

Ramkumar appealed to people to never attend to calls from unknown numbers and never to share OTPs, QR codes etc. “Never share passwords with anyone, he said.

“We will also request people also to not download any software at the instruction of any strange controller as they may get access to your mobile phone or computer” said Ramkumar.