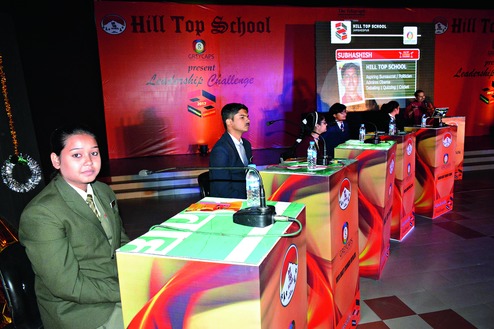 Jamshedpur: The future of leadership is evenly balanced, with a boy and two girls topping the seventh edition of the Leadership Challenge, the grand finale of which was held on Wednesday in Jamshedpur.

Nishant, who stood out on Wednesday among the 10 finalists chosen on Tuesday, impressed judges with clarity of thought, articulation and wit, a teacher said.

"Also, he was very polite to his competitors on stage and we saw they (the judges) liked that," the teacher, who did not want to come on quote, said.

"He waited for his turn before putting his point across properly," the teacher said.

On Wednesday, the first round Tweet Realities had participants introducing themselves with a cap of 140 words in 45 seconds.

In the next round, First Punch, they had to complete a story with the given word "seriously" since it is used by almost all teenagers callously, frivolously and casually.

Students in the third round were given a common topic- India vs Indians to debate for six minutes. As Subhashish of host Hill Top School observed, "Till date people from other countries see India as a country of snake charmers and elephants. While the country is not growing as a global village, it is individual Indians who are glorifying their country with their personal accomplishments."

The grand finale concluded with Jury Time where the finalists fielded questions by the judges.