The three injured jawans who were hit by debris were identified as Krishna Kudada, Hareram Singh and Makhan Singh 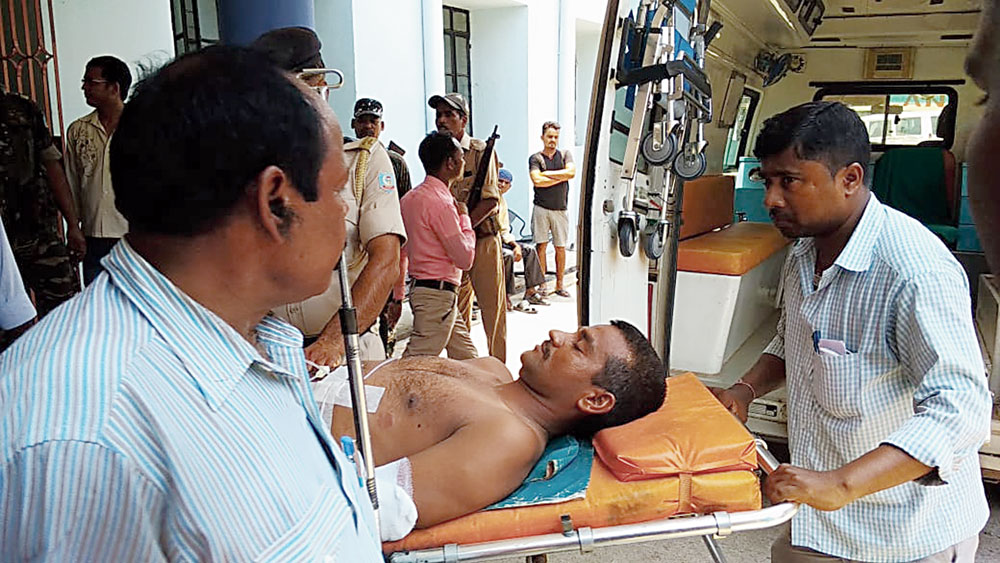 Three police personnel were injured, one of them seriously, after Maoists triggered a series of low-intensity IED blasts along a road near an upcoming dam under Kharsawan thana area in adjoining Seraikela-Kharsawan district, 40km from here, on Monday morning.

Soon after the blasts which took place along Suru-Kharsawan Road near the under-construction Suru dam, there was an encounter between the rebels and security forces comprising police and CRPF personnel in the nearby Hundarguda jungle.

Police said the blasts took place when a patrolling party comprising Special Assault Force (SAF) personnel was passing through the road around 9.30am.

“In all, 21 IEDs planted along the road went off simultaneously when the patrolling party was crossing the road. Luckily, the IEDs were of low intensity and did not prove fatal,” a police officer, who refused to be named, said.

The three injured jawans who were hit by splinters were identified as Krishna Kudada, Hareram Singh and Makhan Singh. Deputy Inspector General of Police (Kolhan range) Kuldeep Dwivedi said that the injured SAP personnel were airlifted to Ranchi.

Police said the encounter was carried out by the Mahraj Pramanik squad of the CPI-Maoist in which around 15 rebels were involved.

Seraikela-Kharsawan SP Chandan Sinha rushed to the spot soon after the blasts.

“There was an encounter between the naxalites and security forces at Hundarguda jungle after the IED blasts which left three jawans injured,” Sinha told The Telegraph.

The SP said they had provided security at the dam site suspecting an attack by the rebels. He added that long-range patrolling in the area was continuing though the encounter was over in half-an-hour.

Seraikela SDPO Abinas Kumar, who launched a search operation in the jungle to hunt down the Maoists, said the rebels fired over 100 rounds while the police fired around 80. He claimed that one of the rebels might have been killed in retaliatary firing.

“After the encounter, we carried out a combing operation in the jungle and found a blood trail. We suspect that one of the rebels might have been killed. His body was possibly carried by his colleagues while fleeing the jungle,” the SDPO said.