No vehicle will be allowed on Main Road after 2pm, till the end of the Ram Navami processions 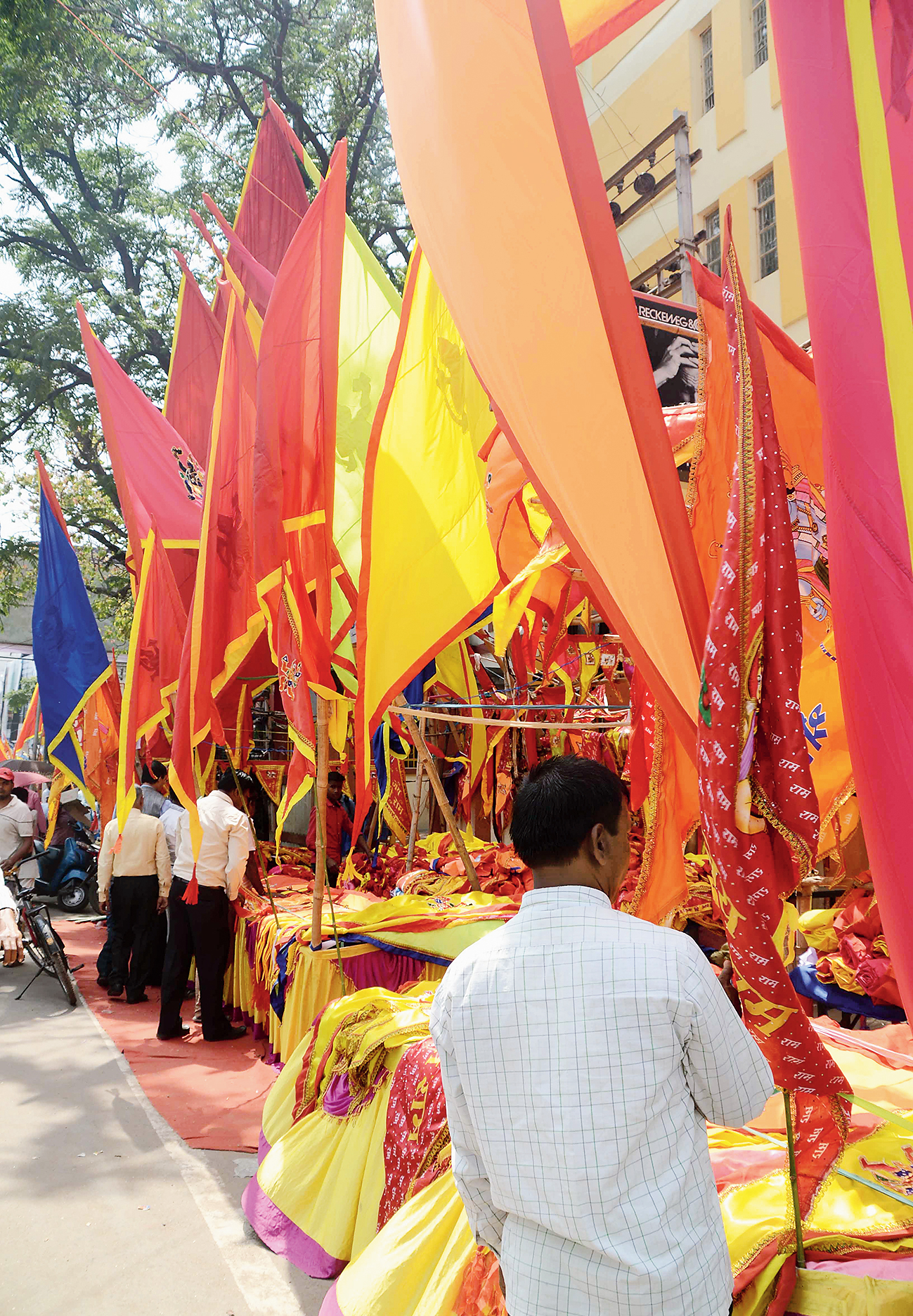 Traffic restrictions will be imposed in the capital city from 2pm on Saturday, when Ram Navami processions are set to start, as part of the elaborate security arrangement undertaken by the administration.

The entry of all kinds of vehicles into city will be barred from 2pm till late night to facilitate processions starting from over 300 akharas and culminating at Tapovan Mandir in Niwaranpur.

SP (traffic) Ajit Peter Dungdung said no heavy vehicle would be allowed entry from 8am of April 13 to 4am of April 14.

“The ban on heavy vehicles will be in place for 20 hours, but small vehicles can ply till 2pm. After 2pm, no vehicle will be allowed on Main Road till the end of the procession. To restrict entry, drop gates have been installed at points from where vehicles can enter Main Road,” Dundung said.

He said two-wheelers would be free to ply on the road connecting Booty More with Karam Toli Chowk and Randhir Verma Chowk; the artery connecting Birsa Munda Airport with Harmu bypass and Ratu Road; and the road linking Bahu Bazar and Kantatoli Chowk with Circular Road.

Trucks will have to cover an additional distance of 5- 10km because of the no-entry restriction.

“Trucks going to Palamau from Hazaribagh will have to go through Khelgaon, Tatisilwai, Namkum, Naya Sarai and Kathal More instead of going through Booty More Road and Ratu Road. Heavy vehicles from Namkum to Hazaribagh can use Tatisilwai Road instead of Kanta Toli Chowk,” Dungdung said.

“As many as 250 CCTV cameras have been put up at strategic locations. Two drone cameras will keep a vigil on the procession,” Veenapani said.

On Friday evening, a mock drill on mob control was organised at police lines.