4-day event to offer over 50 feature and short films in Hindi, Santhali and Chhota Nagpuri 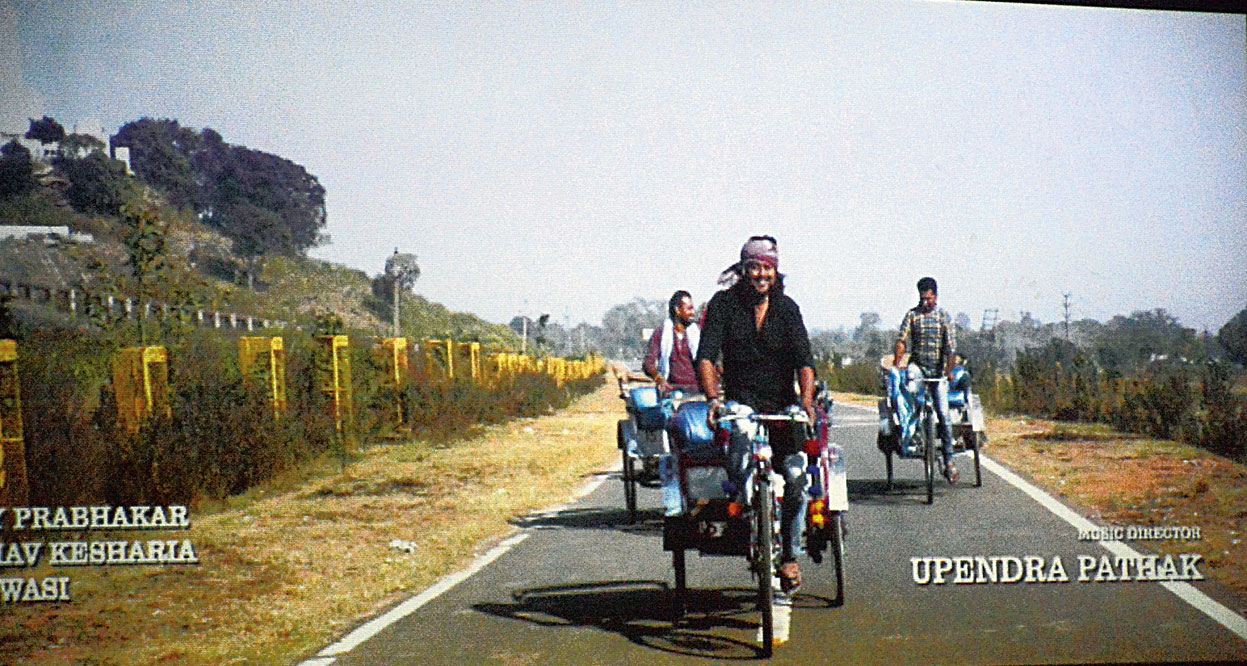 A scene from a movie being screened at the film festival in Jamshedpur on Thursday.
Picture by Bhola Prasad
Our Correspondent   |   Jamshedpur   |   Published 25.10.18, 06:36 PM

Film buffs across the state can finally look forward to some good cinema.

The first edition of the four-day Jharkhand National Film Festival kicked off at Michael John Auditorium in Bistupur on Thursday.

Being organised by Asma, a dance academy, and Mitra Film Production, the film festival was inaugurated by East Singhbhum SSP Anoop Birtharey in the presence of actors like Yashpal Sharma, Akhilendra Mishra and CID fame Aditya Srivastava.

Over 50 feature and short films and documentaries in Hindi, Santhali and Chhota Nagpuri languages will be screened at Michael John Auditorium and Srinath College of Education in Adityapur across three days. The prize distribution ceremony will be held on the concluding day at Tata auditorium.

“I have been a part of several film festivals and have organised some of them as well. I think since film lovers in small towns do not get easy access to world or other local cinema. Such festivals held in bringing some good cinema on one platform. Attending film festivals can also help in learning the art of film-making,” said Yashpal Sharma, who is best known for his roles in films like Hazaaron Khwaishein Aisi, Lagaan, Gangaajal and Ab Tak Chhappan.

Akhilendra Mishra, who has played pivotal roles in Sarfarosh, Lagaan and Gangaajal, stressed on how good scripts play an important role. “Literature and films go hand in hand so unless the story is good it will not impact the audience,” said Mishra, who is best known for playing the character of Kroor Singh in the 1990s Doordarshan fantasy television series Chandrakanta.

Films ranging from four minutes to over two hours will be screened at the festival. After the three-day screening, over 200 awards will be distributed among chosen film-makers. The organisers have divided the award ceremony in two categories — one for entries from the state and another from across the country.