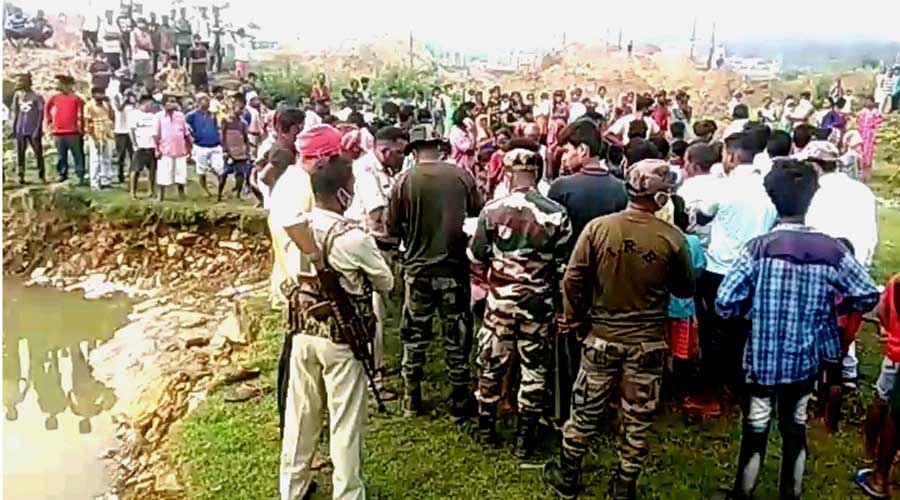 The body of a 13-year-old boy was found floating in a trench dug for residential flats under Prime Minister Awaas Yojana at Birsanagar on Thursday morning.

The body was recovered by police and was later identified as that of Vishnu Raha, son of Biplab Raha, a resident of adjoining Arjun Nagar.

Vishnu was one of Raha’s five children. He was a Class VI student at a government-run school.

Filled with rain water, the trench is situated in the middle of the PMAY site at Zone No B-2 of Birsanagar, about 500 metres away from Arjun Nagar.

In a statement to the police, Raha told the police that his son had stepped out of his house at about 11 am on Wednesday, stating that he was going to take a bath in the trench along with his two friends. But as Vishnu did not return home by evening, Raha and his family members started searching for him. On Thursday morning, a local discovered the floating body in the trench and informed the police.

The OC of Birsanagar thana, Tarun Kumar said,"The trench in which the tragedy took place was dug for laying the foundation of a multi-storeyed apartment under the PMAY in March this year. But the construction work stopped in the past three months due to some litigation. Recently, there was a spell of heavy showers here, causing the trench to get filled up in rain water, leading people from the adjoining slums to go to the trench for taking bath."

The body has been sent to MGM medical college for post mortem and an investigation has been launched in the case.