1000 cops to guard counting in Ranchi 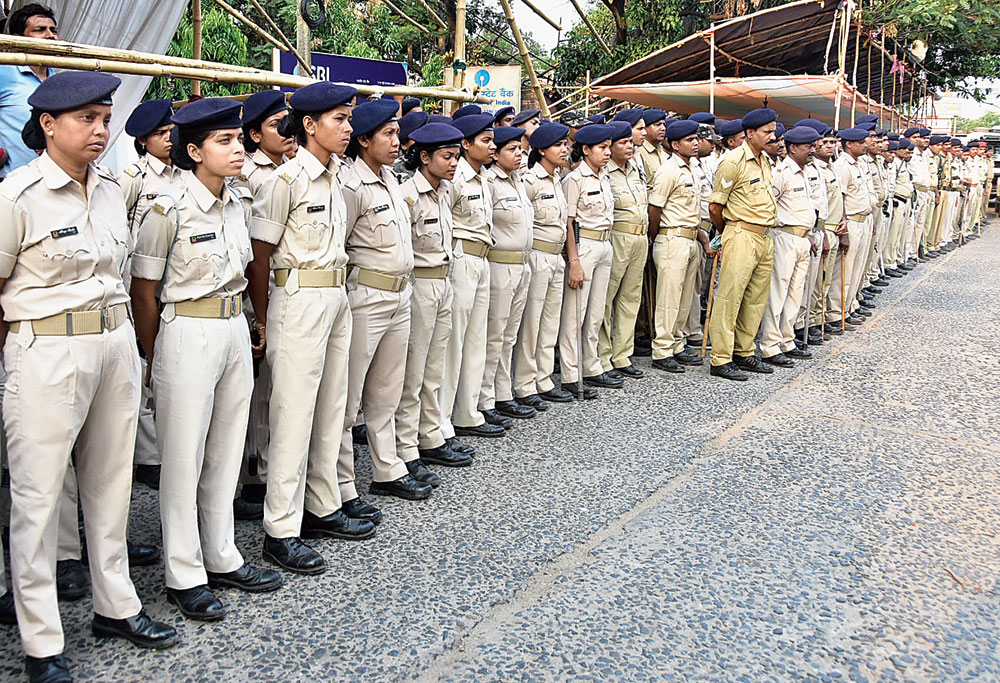 Over 1,000 security personnel, including state police and paramilitary forces, will guard the capital when counting of votes is taken up on Thursday for the Ranchi parliamentary seat at Pandra market counting centre on the western fringe of the state capital.

Traffic is unlikely to be affected in the city as Pandra market is on the fringe. Movement of heavy vehicles on the road connecting Piska More and Ratu will be restricted to enable cars transporting officials and politicians to ply freely. A large number of traffic policemen will be on the road to ensure there are no snarls.

As for security, some of the personnel would be deputed at offices and residences of prominent candidates, some will deputed in sensitive localities and some at offices of various political parties.

“We will take special care when victory processions are taken out. We expect the winning party to take prior permission from the district administration before taking out a procession in the interest of the people and to ensure law and order is maintained,” he said.

SSP Gupta shared details of a three-tier system of security that will be in place at Pandra market from morning. Counting begins at 8am, but those involved in the counting have been asked to report by 6am.

As for traffic, Gupta said Pandra Market would remain closed, hence there will be less traffic. “Movement of heavy vehicles on the road connecting Piska More with Ratu will remain restricted. Designated parking spaces have been created for counting agents and officials at the market. There will sufficient number of traffic personnel to oversee traffic movement,” he said.