100 Kendua residents protest against dearth of water supply during Chhath 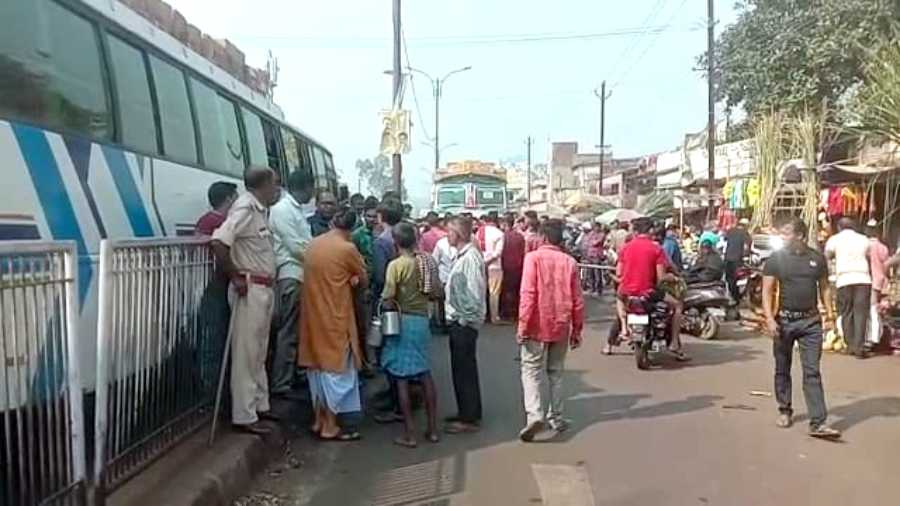 More than five lakh Coal town residents are facing water crisis even during the Chhath owing to the redundant water supply system of the civic body. The Jharkhand Mineral Area Development Authority is finding it tough to cope with the demand of increased water supply.

The frequent power cuts launched by DVC since October 6 in order to realise its pending dues up to Rs 2110 crore with Jharkhand Bijli Vitran Nigam Limited has further compounded the complications regarding water supply. Facing irregular water supply during Chhath, over 100 residents of Kendua carried out a massive road blockade this morning  at around 10 am for more than two hours at Karkend Bazar area on National Highway 32 connecting Dhanbad and Bokaro for more than two hours.

The protestors claimed that though water supply is being carried out on alternate days by JMADA, but it is lying disrupted for two days ahead of Chhath causing a lot of inconvenience to those performing chhath. Ramesh Kumar, one of protesters said “Our area is even deprived of hand pumps or well so those performing chhath  are facing problems carrying out house cleaning as well  other cleaning work required during Chhath. The blockade however was lifted at around 12 noon after the arrival of police team led by officer in charge of Kendua, Binod Oraon assured talks with JMADA authorities to solve the issue.

Pankaj Kumar Jha,  Sub Divisional officer of Water Supply division of JMADA,  said, “Though water supply is  being carried out through the 9 Million gallon liter capacity water treatment plant of JMADA  at Jamadoba in different parts of katras including, Godhar, Kusunda, Karkend, Bhuli  on alternate days, the frequent power cuts have impeded the supply.”

Elaborating more on the handicaps in ensuring regular water supply, he said the infrastructure in form of Water Treatment Plants (WTPs) and Intake wells at  Jamadoba on the bank of river Damodar developed more than 50 years ago, was meant for a limited population but with a spike in population,  it also outlived its utility, regular snags are taking place in the system affecting water supply despite efforts to ensure regular water supply.

A completely new water supply system comprising 43.5 million gallon per day capacity at Jamadoba and several other facilities like overhead tanks is being developed and after around two years, the situation is likely to improve drastically after the completion of the project worth around  Rs 318 crore under which new water supply pipeline is also being laid.