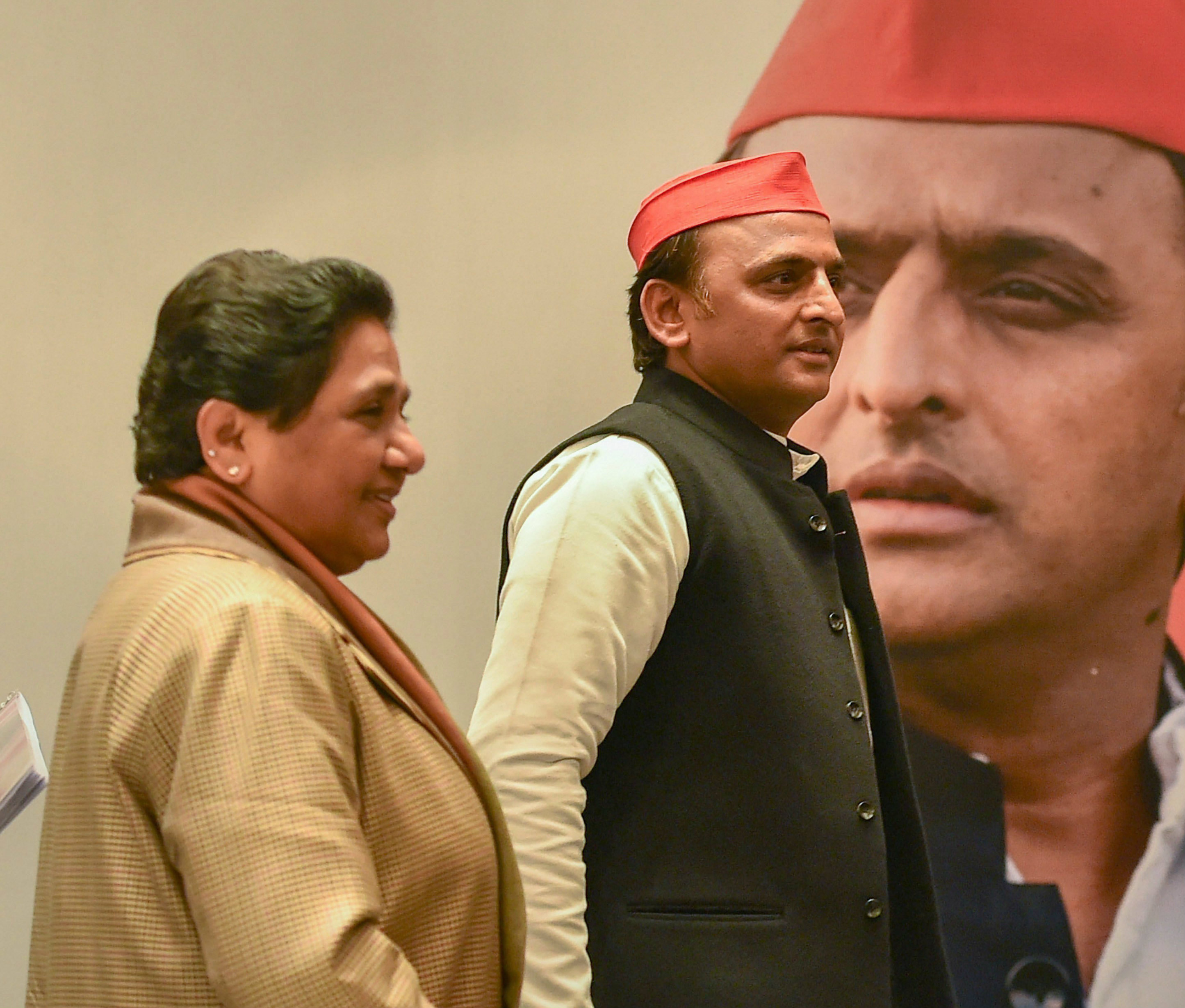 Uttar Pradesh chief minister Yogi Adityanath on Sunday ridiculed the friendship between the Samajwadi Party and the Bahujan Samaj Party, saying the two former rivals who have firmed up an alliance for the upcoming parliamentary elections should merge to protect their identities.

The former chief minister claimed that many BJP leaders were eager to be part of the alliance because they knew that it had the potential to dethrone Narendra Modi.

“The leaders of the BJP are feeling insecure in the changing political scenario of Uttar Pradesh and many of them want to join us. Their top BJP leadership is perturbed and their grassroots workers are saying that the alliance has shattered their booth-level vote calculations,” Akhilesh told reporters at his party office.

Earlier in the day, Adityanath had told an event that the Samajwadi-BSP alliance was incomplete because it didn’t have a prime ministerial face to challenge Modi.

“Akhilesh must decide who would be his PM candidate, (father and Samajwadi patriarch) Mulayam Singh Yadav or Mayawati,” the chief minister said.

“We also believe that the two parties should merge to protect their identities. As far as Akhilesh is concerned, he would have rubbed his nose even for 10 seats in the alliance. But Mayawati has showered blessings on him,” the BJP leader added.

“The SP and the BSP are goons and rogues and that would make it easy for us to defeat them in elections.”

Mayawati and Akhilesh had on Saturday declared their parties would contest 38 Lok Sabha seats each from the state in the general election, sidestep Congress pocket boroughs Rae Bareli and Amethi, and leave the state’s remaining two seats for possible allies.

Both leaders said they had joined hands to “remove the anti-people Modi”.

Akhilesh had, however, avoided giving a direct reply when asked if he would support Mayawati as a potential candidate for Prime Minister.

“You know whom I will support,” he had said.

It is common knowledge that Akhilesh, at internal meetings, always roots for his father as a future Prime Minister.