World has waited far too long for this: India on compensation fund approved at UN climate talk

Developing countries need independence in their choice of energy mix, and in achieving the sustainable development goals, says environment minister 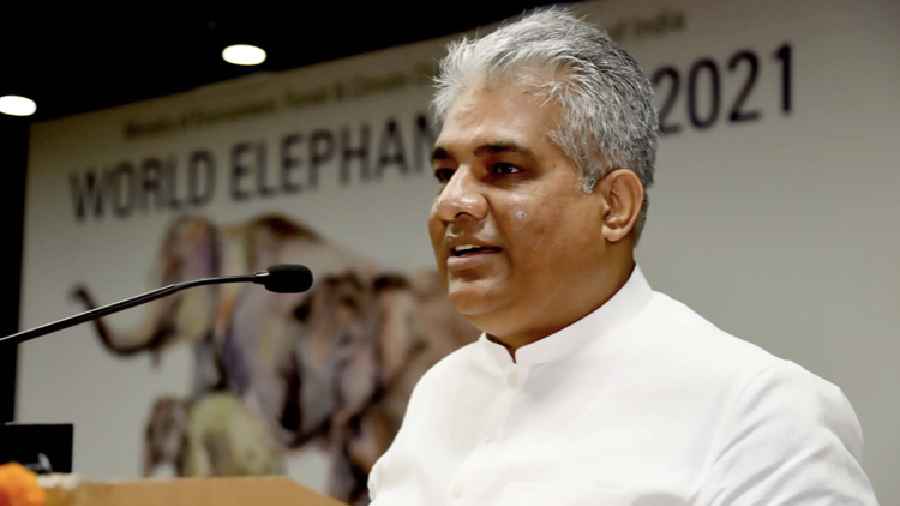 India on Sunday called as historic the UN climate summit in Egypt for securing an agreement on establishing a fund to address loss and damage due to climate change-induced disasters, saying "the world has waited far too long for this".

Making an intervention in the closing plenary of COP27, Union Environment Minister Bhupender Yadav also said the world should not burden farmers with mitigation (reducing emissions of greenhouse gases) responsibilities.

"You are presiding over a historic COP where agreement has been secured for loss and damage funding arrangements including setting up a loss and damage fund. The world has waited far too long for this. We congratulate you on your untiring efforts to evolve consensus," Yadav said addressing the Egyptian presidency.

A fund to address loss and damage, which refers to destruction caused by climate change-induced disasters, was a long-pending demand of poor and developing countries, including India, and the key element at this year's UN climate summit.The success of the talks hinged on progress on this track.

Developed nations, particularly the US, had been opposing this new fund over fears that it would hold them legally liable for massive damages caused by climate change.

On the establishment of a four-year work program on climate action in agriculture and food security at COP27, Yadav said agriculture, the mainstay of livelihoods of millions of smallholder farmers, will be hard hit from climate change. "So, we should not burden them with mitigation responsibilities. Indeed, India has kept mitigation in agriculture out of its NDCs (national plans to achieve Paris Agreement goals of limiting warming to 1.5 degree Celsius)," he said.

Opposing the efforts to extend the scope of mitigation to agriculture at COP27, India had Thursday said that rich nations do not want to reduce emissions by changing their lifestyles and are "searching for cheaper solutions abroad".

Agriculture accounts for around 17 percent of India's GDP and is the primary source of livelihood for about 58 per cent of its population.

Yadav welcomed the inclusion of "transition to sustainable lifestyles and sustainable patterns of consumption and production in our efforts to address climate change" in the cover decision of the deal struck in Sharm El-Sheikh.

Coming into COP27, Yadav had said India will stress on sustainable lifestyles at the climate talks.  On October 20, Prime Minister Narendra Modi had launched Mission LiFE in the presence of UN Secretary General Antonio Guterres. LiFE stands for "Lifestyle for Environment", a pro-people and pro-planet effort that seeks to shift the world from mindless and wasteful consumption to mindful and deliberate utilisation of natural resources. On the establishment of a work program on just transition, Yadav said for most developing countries, just transition cannot be equated with decarbonisation, but with low-carbon development.

"Developing countries need independence in their choice of energy mix, and in achieving the SDGs (sustainable development goals). Developed countries taking the lead in climate action are, therefore, a very important aspect of the global transition," he said.

Just transition means transition to a low-carbon development strategy over a time scale that ensures food and energy security, growth and employment, leaving no one behind in the process.