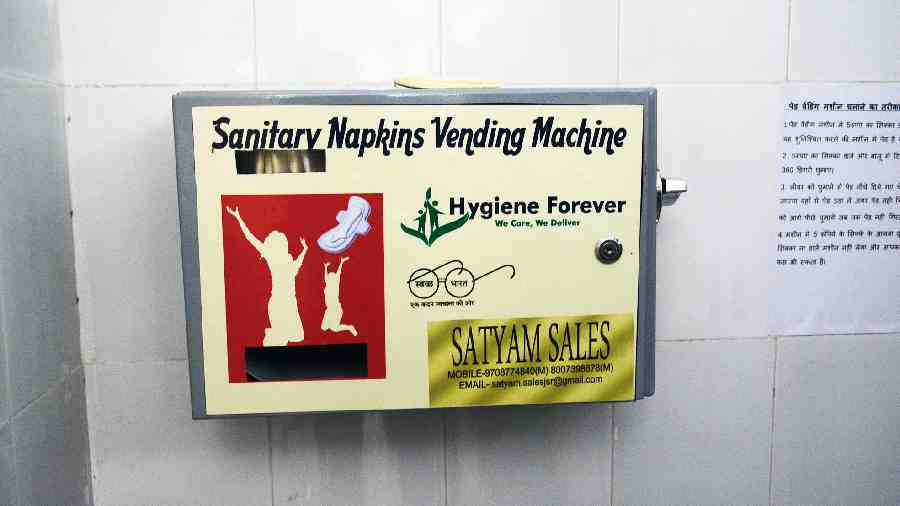 A woman PhD student from Pune's National Chemical Laboratory in an interaction with Union minister Jitendra Singh has flagged the lack of proper sanitary pad disposal mechanism in many institutes of the Council of Scientific and Industrial Research (CSIR).

The Minister of State for Science and Technology acknowledged the issue during the interaction on Sunday, while the director of the National Chemical Laboratory (NCL), which is a constituent member of the CSIR, said an "inventive" solution is in the offing and will be deployed at the hostels and labs.

Singh visited the NCL to inaugurate the new institutional building of CSIR-URDIP.

"I don't know whether it is the right platform, but recently we came across that there are many CSIR institutes which do not have proper sanitary pad disposal machines. So what is the Ministry of Science and Technology doing for the betterment of female researchers?" the student asked during the interaction with the minister.

Replying to her, Singh said, "Of course, that is an issue. I think the fact that there were fewer female researchers in the past also has a bearing. As the number of female researchers has been increasing, that will also be taken care of."

Singh said he had visited a leading medical institute a few years ago and found there were no decent toilets for women.

"I said at least arrange for a toilet because what about medicos on night shifts? But now there is increasing awareness and it has been taken care of," he said.

When the minister asked NCL director Dr Ashish Lele to elaborate on the issue raised by the PhD student, Lele said the start-up next door to NCL (at the Venture Centre) was looking into this problem and has an inventive solution for it.

"We are trying to bring that solution by deploying it in hostels and laboratories. It is taking little time, but at least there is a solution in place next door. The director of Venture Centre is very much here," Lele said.

Venture Centre is a business incubator focusing on technology commercialisation via spin-offs/spin-outs while nurturing startups in India.

Singh also inaugurated Bisphenol- a pilot plant at the NCL.

Bisphenol-A (BPA) is an important feedstock for producing epoxy resins, polycarbonate and other engineering plastics.