The CWC also pledged solidarity with the agitating youths and students 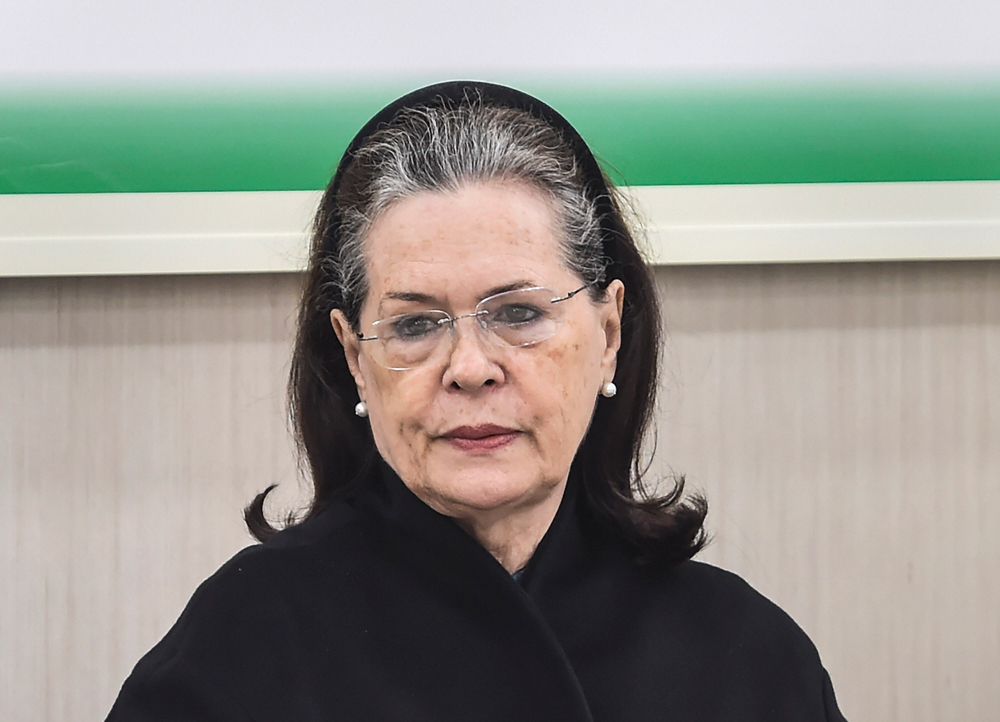 The Congress Working Committee on Saturday asked the Narendra Modi government to withdraw the Citizenship (Amendment) Act and stop the process of implementing the National Population Register.

The CWC also pledged solidarity with the agitating youths and students in their “fight for defending the Constitution, standing for independent and creative learning and aspiring for employment-linked education at a minimal expense”.

In resolutions passed on socio-political and economic issues, the CWC said: “India is facing a crisis unprecedented in its history since Independence. The nation needs a healing process to restore people’s trust and confidence. It is unfortunate that the BJP government does not believe in building a consensus to resolve national issues, but follows a policy of imposition and confrontation.”

Congress president Sonia Gandhi set the tone for the meeting with her categorical assertion on the citizenship controversy. “The CAA that was passed amidst strong protest in Parliament is a big issue before us. The CAA is a discriminatory and divisive law. The sinister purpose of the law is clear to every patriotic, tolerant and secular Indian: it is to divide the Indian people on religious lines,” she said.

“Thousands of young men and women, especially students, have realised the grave harm the CAA implementation will cause. They have taken to the streets braving the cold as well as the police brutalities. I salute their courage, their abiding faith in the values of the Constitution, and their determination to defend and protect those values. We are inspired by their struggle,” Sonia explained.

“As the students’ protest gains momentum, it is clear that the government is digging in its heels. Not a day passes without the home minister, and on some days the Prime Minister himself, making provocative statements. The CWC must categorically declare that millions of Congress workers will stand shoulder to shoulder with the people of India in their struggle for equality, equal protection of the laws, justice and dignity.”

Sonia rued that Uttar Pradesh and Delhi had been turned into “police states”.

“We are appalled by the police excesses and use of brute force in many towns of UP, in Jamia Millia, in JNU, BHU, AMU, Allahabad University, Delhi University, Gujarat University (and the) Indian Institute of Science, Bangalore. We demand that a comprehensive high-powered commission should be constituted to enquire into the incidents connected with the anti-CAA protests and justice to the affected persons,” she said.

The Congress chief insisted that the government had shifted to the NPR after the disastrous results of the National Register of Citizens exercise in Assam. “Let us not be under any illusion that the NPR is a benign exercise. In form and content, NPR 2020 is a disguised NRC,” she said.

The CWC, however, left it to its state governments to decide on the future course of action instead of sending a diktat from the high command. The Congress-ruled states will reject the NPR but only by following the due process of discussing the issue in their Assemblies.

Although the CWC was acutely worried about the economy and wanted the government to spell out its action plan to revive growth and create employment, the immediate focus was on the CAA, the Kashmir shutdown and the crackdown on students.

“A concerted attack on the Constitution, rampant unemployment, commercialisation of education, unprecedented fee hikes and autocratic refusal to listen to the voice and concerns of youth-students have led to spontaneous protests across the colleges and university campuses. Instead of listening to the students, the only response of the BJP government has been to unleash police lathicharge, tear gas shells, forcible arrests, lodging of FIRs and even planned attacks on the protesting students and the youth,” the CWC said in a resolution.

It added: “Almost every institution in the country has seen massive protests. The Modi government is systematically attacking the culture of creative thinking and learning, of questioning the hierarchy and of inculcating the culture of assimilation and cohabitation. The government realises that students and the young cannot be divided through its sectarian agenda. Hence, a designed conspiracy has been unleashed to attack the centres of creative and independent thinking, i.e., colleges and universities.”

The resolution pointed out that the callous and undemocratic attitude of the government was “a matter of serious national concern”.

“The ill-conceived CAA has led to spontaneous nationwide protests. It has raised bonafide questions regarding (its) constitutional validity and political morality. The CAA and the proposed NRC have created an environment of fear and anxiety in the country, especially among the religious and linguistic minorities, tribals, (and the) poor and the vulnerable sections of the society,” the resolution said.

It added: “In a democracy, people have a right to protest over the wrong policies of the government. Equally, it is the duty of the government to address their legitimate apprehensions and concerns. The CWC expresses its deep anguish over the insensitive response of the government and condemns the blatant use of State power to silence the voices of dissent. The CWC cautions the government that its pursuit of divisive agenda with the sole objective of polarisation may give short-term political dividends but will create deep fissures in the society, undermining national unity and social stability. That presents a serious challenge to internal security and makes India vulnerable to hostile external forces.”

Criticising the shutdown in Kashmir for over five months now, the CWC expressed outrage that foreigners were being taken on guided tours when former chief ministers and local leaders were in detention, and asked for lifting the curbs and restoration of civil liberties.

It also expressed deep concern over the Iran-US conflict and asked the government to engage in diplomatic initiatives to de-escalate tensions.