Why two of the three farm laws are bad in law 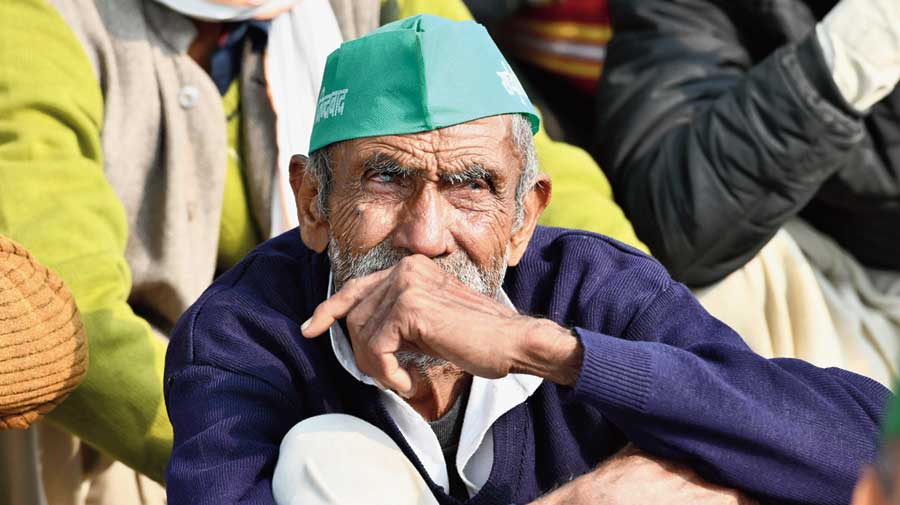 Two of the new farm laws that farmers are protesting against are liable to be deemed unconstitutional in a legal challenge because they confer judicial authority on bureaucrats, a measure contrary to several Supreme Court judgments.

These are the Farmers (Empowerment and Protection) Agreement on Price Assurance and Farm Services Act, 2020, and the Farmers’ Produce Trade and Commerce (Promotion and Facilitation) Act, 2020.

Farmers are agitating for the repeal of these two acts as well as the Essential Commodities (Amendment) Act, all of which were bulldozed through Parliament in September. Petitions challenging all three have been moved in the Supreme Court by farmers’ bodies, NGOs, lawyers and even an MP, Tiruchi Siva of the DMK.

While the protesters and the petitioners have argued the three laws would end the minimum support price regime and leave farmers at the mercy of big companies, the judge-like powers that two of the acts grant to non-judicial officials have largely passed unnoticed.

Unlike any other law in the country, these two acts vest sub-collectors, deputy collectors and district collectors with powers on a par with civil courts in settling disputes arising from these laws’ application.

This runs counter to several Constitution bench judgments on the legislative powers of Parliament or state legislatures.

Also, these two laws bar civil courts from entertaining any appeal from aggrieved parties but do not provide for, as an alternative, tribunals headed by judges, which too is contrary to apex court judgments.

Adding further controversy, the twin acts, notified in the official gazette on September 27, have been given retrospective application from June 5 this year.

Section 13(1), Chapter III, in the Farmers (Empowerment and Protection) Agreement on Price Assurance and Farm Services Act says that every farming agreement must explicitly provide for a conciliation process and a conciliation board made up of representatives of the parties to the agreement.

Sub-section 3 says: “Every order passed by the sub-divisional authority under this section shall have same force as a decree of a civil court and be enforceable in the same manner as that of a decree under the Code of Civil Procedure, 1908, unless an appeal is preferred under sub-section (4).”

Sub-section 4 says: “Any party aggrieved by the order of the sub-divisional authority may prefer an appeal to the appellate authority, which shall be presided over by the collector or additional collector nominated by the collector, within 30 days from the date of such order.”

Sub-section 6: “Every order passed by the appellant authority under this section shall have same force as a decree of a civil court and be enforceable in the same manner as that of a decree under the Code of Civil Procedure, 1908.”

Sub-section 8: “The sub-divisional authority or the appellate authority shall, while deciding disputes under this section, have all the powers of a civil court for the purposes of taking evidence on oath, enforcing the attendance of witnesses, compelling the discovery and production of documents and material objects and for such other purposes as may be prescribed by the central government.”

Section 19: “No civil court shall have jurisdiction to entertain any suit or proceedings in respect of any dispute which a sub-divisional authority or the appellate authority is empowered by or under this Act to decide and no injunction shall be granted by any court or other authority in respect of any action taken or to be taken in pursuance of any power conferred by or under this Act or any rules made there under.”

The Farmers’ Produce Trade and Commerce (Promotion and Facilitation) Act has identical provisions relating to the conferment of judicial powers on non-judicial officers.

Various other laws like the Industrial Disputes Act, 1947; Real Estate (Regulation and Development) Act, 2016; Representation of the People Act, 1951; Consumer Protection Act, 2019; Companies Act, 2013; and the Insolvency and Bankruptcy Code, 2016, have provisions keeping civil courts out of the dispute settlement system.

However, unlike the new farm laws, all of them provide for appellate tribunals headed by sitting or retired Supreme Court and high court judges as an alternative.

The Supreme Court has repeatedly insisted that these tribunals must be headed by judges or former judges, making it clear that non-judicial officials cannot carry out the function of courts or tribunals.

It has also ruled that the heads of the tribunals must be appointed by the judiciary.

The apex court has several times quashed rules relating to the appointment of chairpersons or presidents of these tribunals on the ground that their selection cannot be left to the government but only to a panel that includes the Chief Justice of India or a nominee of the CJI who must be a Supreme Court judge.

In the Union of India vs R. Gandhi (Madras Bar Association president), a five-judge Constitution bench had in 2010 struck down the appointment of non-judicial officers as presiding officers of the company law tribunal and appellate tribunal.

“What is a matter of concern is the gradual erosion of the independence of the judiciary, and shrinking of the space occupied by the judiciary and gradual increase in the number of persons belonging to the civil service discharging functions and exercising jurisdiction which was previously exercised by the high court,” the bench had observed.

“There is also a gradual dilution of the standards and qualification prescribed for persons to decide cases which were earlier being decided by the high courts. Higher administrative experience does not necessarily result in better adjudication and... there had been a gradual encroachment on the independence of the judiciary....”

A similar point was made by a seven-judge constitution bench in L. Chandrakumar vs UoI, 1997.