Hindu Right has made a virtue of anti-intellectualism, ignorance, and fake news/propaganda in the last 5 years, says professor at Dalhousie University 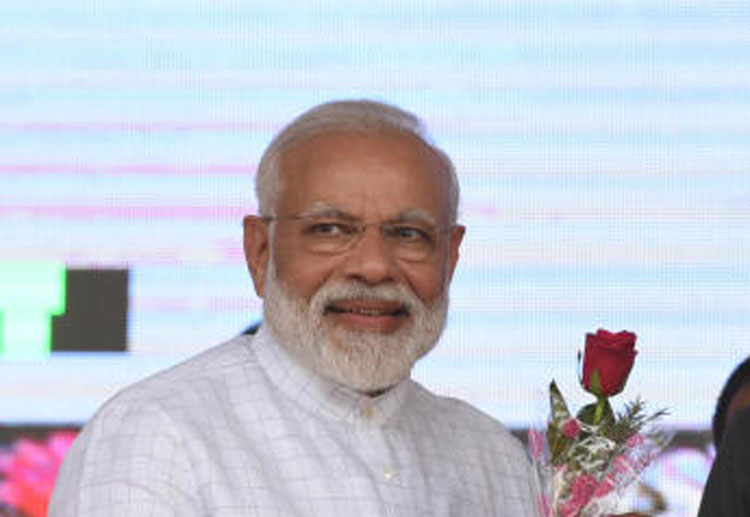 To err is human and to forgive divine. Now, the art of revelling in inexactness has been fine-tuned into an election strategy.

Amid the avalanche of tweets and memes lampooning Prime Minister Narendra Modi’s radar-beating cloud theory and the emergence of more bones of contention in the same interview, one post stood out.

The joke is not on Modi.

The joke is on the "educated" elite/middle class supporters of Modi who have made idiocy and ignorance fashionable.

“The joke is not on Modi. The joke is on the ‘educated’ elite/middle class supporters of Modi who have made idiocy and ignorance fashionable,” tweeted Nissim Mannathukkaren, department Chair, associate professor, development studies, Dalhousie University, Canada.

Contacted by The Telegraph, Mannathukkaren, who hails from Kerala, explained: “Rather than reduce this to the personality of Modi or his lack of knowledge, I am more interested in the fact how the Hindu Right has made a virtue of anti-intellectualism, ignorance, and fake news/propaganda in the last five years, and how people have been asked to believe the most illogical, irrational, untruthful statements coming out, especially from the PM.”

He referred to the way large sections of the mainstream media have responded to such comments. “Other than these, the list of Mr Modi’s gaffes is quite long. But again, what is crucial to note is that there has not been any scrutiny of this at all by the mainstream media,” Mannathukkaren said.

“In this case, the biggest question to be asked is whether the PM actually ordered the Balakot air strike on the basis of his knowledge of radars, overriding military experts? In that case, it is shocking, and dangerous, for it is a national security issue.”

The defence establishment, which did not hesitate to field the military brass on the lawns of South Block to confirm the “success” of the Balakot strikes, has been silent on the disclosure of an eye-popping operational detail by the Prime Minister.

“All the fantastical claims are coupled with the fact that Mr Modi has not given a single press conference, or an unscripted interview. This makes it impossible to question the PM on critical policy matters, and his grasp of them,” Mannathukkaren said.

The academic drew a bigger picture: “Ultimately, I see this as a part of the greatest exercise in anti-intellectualism, propaganda/fake news seen in Independent India, in which it is normal to defend the most absurd statement, and in which it has become impossible to distinguish between truth and falsehood.”

His comments come at a time more statements by Modi in the interview with News Nation, telecast on Saturday evening, have come under scrutiny.

A part of the footage suggests the interview was a pre-scripted one. A clip shows Modi holding a few sheets of paper, one of which has a poem typed in Hindi under Question Number 27. The question written on the paper is the same that the interviewer asked the Prime Minister.

It’s in the same interview that Modi claimed his suggestion about a cloud cover shielding Indian Air Force planes from enemy radars had emboldened confused military experts to go ahead with the Balakot air strikes.

Now, references to digital cameras and email by Modi have shovelled more fuel into the controversy, raging on social media but not so much in the mainstream media.

The Prime Minister says in the interview: “I have a deep interest in gadgets. In fact, you would be surprised to know that I had a digital pad in (the) early ’90s…. In the ’80s, I was among very few people who had a digital camera.”

Modi adds: “Maybe in the country, maybe, if there’s someone else, I don’t know. I used a digital camera for the first time in 1987-88. At that time, very few people had email. Advaniji had a meeting in (a tehsil in Gujarat). I took Advaniji’s picture and transmitted it to Delhi. The next day, a colour picture was printed. Advaniji was surprised.”

The invention of the digital camera has been credited to an Eastman Kodak engineer in 1975. Documents on the Internet also refer to a device called the Cromenco Cyclops as the world’s first commercial digital camera that became available in 1975.

So, it’s possible that Modi had a digital camera in 1987-88. But it raises a bigger question: how could a self-styled poor man like Modi afford one?

It is possible that Modi, who has travelled widely in the US and other places, was gifted such a camera in the 1980s. If so, it would seem that Modi, then a BJP office-bearer in Gujarat and a public figure who apparently had few material possessions, had accepted at least one expensive gift before the monogrammed suit costing lakhs was gifted to him in 2015.

Some speculated that Modi may have confused a Polaroid instant camera with a digital camera.

Truth be told, Modi did not actually say he “emailed’ Advani’s picture to the BJP stalwart in Delhi. Modi used the word “transmitted”.

If Modi did email the picture, it would suggest he had privileged access. A senior computer scientist said the email option was not available to the general public in India in 1987-88.

But in 1986, the department of electronics (DoE) had established a network of computers called ERNET that linked only the Indian Institute of Science, Bangalore, the five old IITs, the National Centre for Software Technology, Mumbai, and the DoE. It isn’t clear whether Modi, the then Gujarat organising secretary of the BJP, had access to any of these establishments.

After the reinvention of radar science, the biggest takeaway from the interview of the year would be the admission by the Prime Minister that there indeed was life — and colour picture transmission capability — in the nation before the advent of Narendra Damodardas Modi.