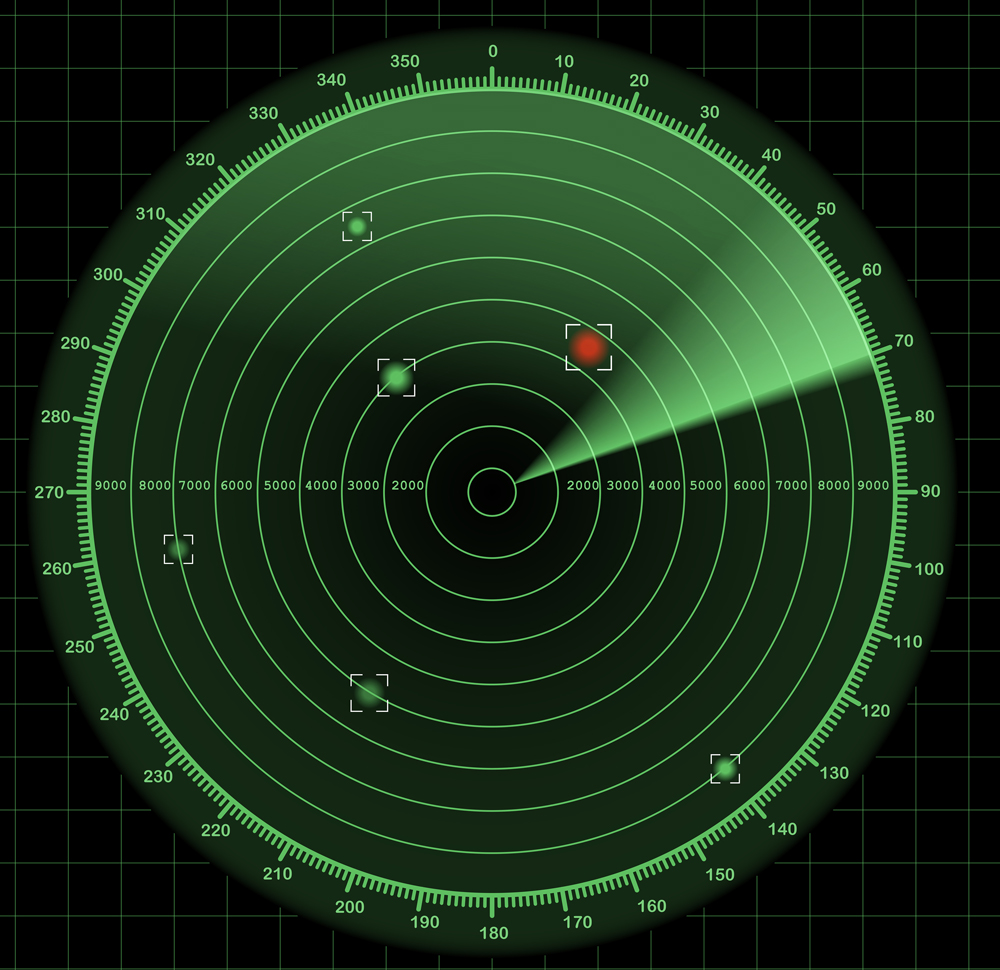 The European Space Agency’s “edutool”, an online learning and training tool for secondary school students and teachers, says: “Radar signal easily penetrates clouds so that images can be acquired regardless of current weather conditions.”
(Shutterstock)
G.S. Mudur And Sanjay Mandal   |   Calcutta/NewDelhi   |   Published 13.05.19, 12:19 AM

A senior air traffic control officer and two other specialists familiar with surveillance radar capabilities said clouds are largely transparent to the typical wavelengths at which radars intended for surveillance operate. Two of the three experts requested not to be named in this news report.

“Radars detect objects on the basis of echoes or signals that bounce off the objects — clouds do not usually impact such echoes or return signals,” said Shriram Vasudev, assistant professor at the school of engineering, Amrita Visva Vidyapeetham, Coimbatore.

The European Space Agency’s “edutool”, an online learning and training tool for secondary school students and teachers, says: “Radar signal easily penetrates clouds so that images can be acquired regardless of current weather conditions.”

The page also says: “Optical images contrast with radar in that they do not work at night and cannot see through clouds.”

A senior scientist familiar with surveillance and weather radars said some radars might be specially tailored to detect water vapour or clouds. “But radar signal passes through the clouds. For example, we can ‘see’ right through a cyclone,” the scientist said.

In a secret mission, onboard transponders are likely to be turned off and detection will have to be based entirely on primary surveillance. But even in the presence of cloud-induced clutter, the controller said, the signals do pass through the clouds.

Three other air traffic control officers, who deal with communication, navigation and the surveillance of aircraft, said cloud cover or rain cannot prevent detection of any flying object by a primary radar.

“Surveillance of aircraft is done with the help of primary and secondary radars. A secondary radar cannot detect an aircraft if its transponder is in the off mode. But a primary radar doesn’t depend on the aircraft’s transponder. It detects any flying object within its range,” an official said.

The primary radar system transmits electromagnetic waves and analyses the waves reflected back by the object.

“The primary radar sends out the waves and its receiver receives the waves sent back. The object can be static like a tall building or moving like an aircraft,” said another official. “Even a thick cloud cover cannot prevent the signals from being transmitted.”

According to the officials, the primary radar can detect even the smallest aircraft.