Why is Indian government trying to keep activist, critics from traveling abroad?

Look out circular is generally used for apprehending criminals at borders 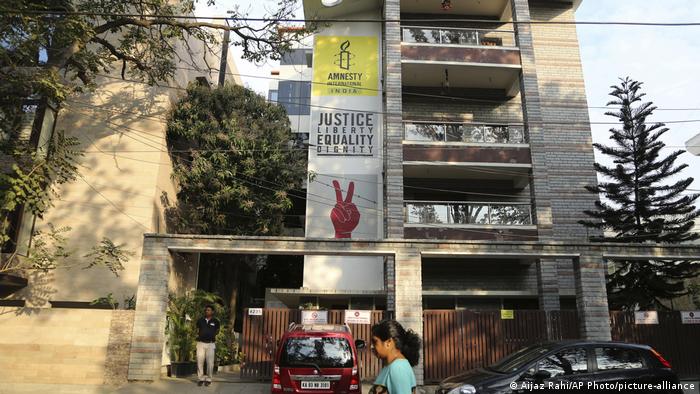 Amnesty India was forced to shut down after being targeted under a foreign funding law
Deutsche Welle
Murali Krishnan   |   New Delhi   |   Published 12.04.22, 10:03 PM

Last week, Aakar Patel, the former head of Amnesty International India, was stopped from leaving India by immigration officials who said a "look out circular (LOC)" had been issued against him by India's Central Bureau of Investigation (CBI).

An LOC is generally used for apprehending criminals at borders.

Patel had been invited by three universities in the US to deliver lectures on sensitive subjects like a crackdown on India's civil society. Patel is the author of ‘The Price of the Modi Years’, which critically analyses Narendra Modi's prime ministership.

"This is nothing but malice of the government. It is a clear signal to activists, journalists and politicians to shut up and don’t talk about certain things. You will be fine if you keep quiet," Patel told DW.

Both Patel and Amnesty International India have been targeted several times by authorities.

In 2020, a case was filed against Amnesty International India and three linked organisations after India's Home Ministry alleged that it had violated rules regulating foreign monetary contributions. Amnesty was forced to halt operations in India after its bank accounts were frozen.

A week before Patel's incident, Indian journalist Rana Ayyub was stopped on her way the United Kingdom to address a conference at the International Centre for Journalists and a keynote address on Indian democracy at the international journalism festival in Perugia, Italy

Ayyub had received a last-minute summons to appear before a financial crime agency and give a statement in a money laundering case.

Ayyub said she received the summons "very curiously" after she was stopped at Mumbai airport.

"I was stopped today at the Indian immigration while I was about to board my flight to London to deliver my speech on the intimidation of journalists," Ayyub said in a tweet.

Ayyub has often tweeted how she has faced online harassment and death threats from right wing trolls. She has also accused Prime Minister Modi of being complicit in violence against Muslims.

Hours later, a court allowed Ayyub to fly to her destination.

"We are only following the law. If there are cases that need to be followed up, we will do so," a senior CBI official told DW.

For those who missed my keynote at the @journalismfest , here is the linkhttps://t.co/JHpbf4tl7D

Thank you for being an empathetic and kind moderator @julieposetti . Our next session is tom at 5.30 pm for those who missed it #IJF2022

"The instincts of this government are to control. With control, comes censorship and recent years have demonstrated the many shades of censorship that the Modi government has resorted to," Indian journalist and researcher Pamela Philipose told DW.

Philipose added that the government has pressured media organizations to take down content, forced management to dismiss staff and has used draconian laws to throw journalists into prison.

"I would say that stopping people on their way to conferences and book tours is part of the same strategy. These are desperate measures may but they are completely in sync with authoritarianism," she said.

Meenakshi Ganguly, South Asia director of Human Rights Watch (HRW), said authorities have yet to offer a reasonable explanation for the restrictions on freedom of movement.

"Yet it continues, which suggests that there is little motive but to cause harassment or to hide failures. The government should care about criticism of their human rights record, and it would be better served to end abuses, prosecute perpetrators, instead of trying to cover up failures by targeting critics," Ganguly told DW.

There have been other instances of critics stopped at airports in recent years.

In 2019, news television, NDTV founders Prannoy Roy and his wife Radhika were stopped from boarding an international flight from Mumbai for a holiday to Nairobi.

The CBI had registered a case against the Roys, a private company and others for allegedly causing losses to a private bank. Although the couple had booked their return tickets and were cooperating with authorities, they were deemed a flight risk.

In a statement issued at the time, NDTV said that the detention was a "shameful continuance of the campaign to warn the media that nothing less than complete obeisance is acceptable."

Also in 2019, when the BJP government removed the special status of Jammu and Kashmir, several important figures from the region were stopped from flying abroad.

Shah Faesal, a former bureaucrat who later formed the Jammu and Kashmir People's Movement, was prevented from flying to Istanbul and was detained under the Public Safety Act after he criticized the government's actions.

The government's justification at the time was that these people were "influencers" and could instigate dissent and complicate the political transition in Kashmir.

"I find it strange that serious offenders like Vijay Mallya and Nirav Modi have been allowed to leave India but those who have been critical of the government have had look out notices issued and have been detained at airports," criminal attorney Rebecca John told DW.

"Clearly this is yet another tool employed by the government to harass citizens, particularly those who have voiced their concerns about diminishing democratic rights in India," she added.