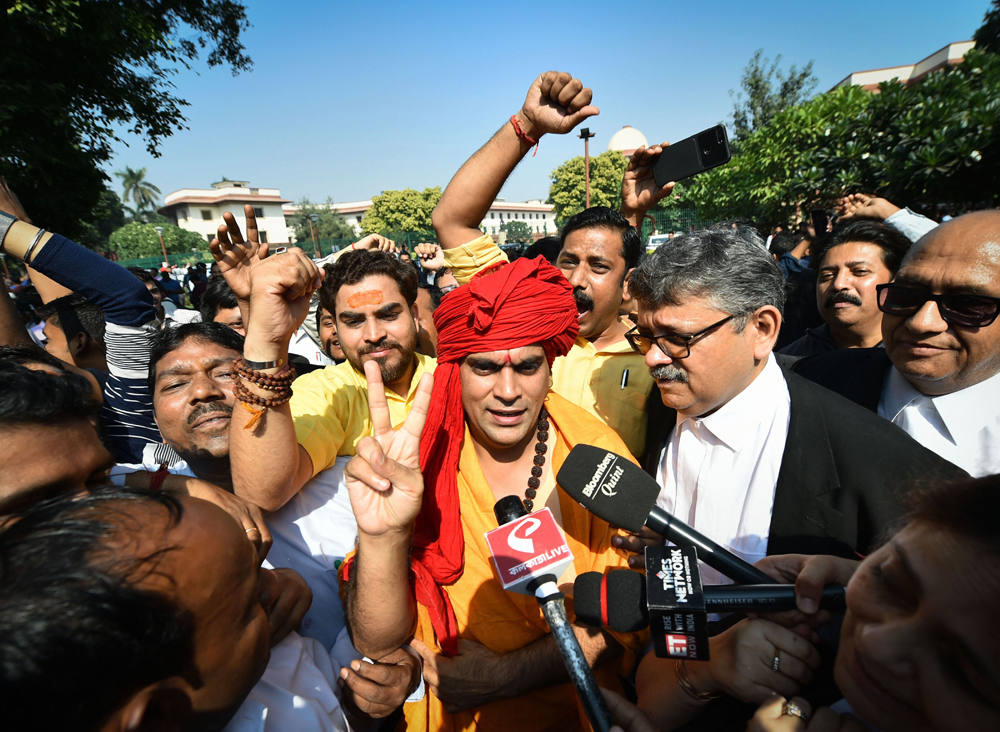 The Akhil Bharat Hindu Mahasabha on Tuesday demanded withdrawal of all criminal cases lodged against kar sevaks for demolishing the Babri Masjid in 1992.

Citing the Supreme Court judgment delivered on Saturday, the outfit has demanded “martyr” status for all Lord Ram devotees killed in 1992 or earlier during the Ayodhya movement and asked the Prime Minister to declare other participants in the agitation as “dharmik senani” and entitle them to pension.

“The Supreme Court gave its judgment in favour of Shri Ram Lalla on November 9, and it has been made clear by the court that a temple existed there. In this regard, I wish to make three demands to you,” read the opening line of a letter written by Mahasabha chief Swami Chakrapani to Prime Minister Narendra Modi.

The Supreme Court was not as explicit as the letter suggests. In its judgment, the apex court had said an Archaeological Society of India (ASI) report had indicated that “the pre-existing structure” and its architectural features are “suggestive of a Hindu religious origin”.

Close on the heels of BJP veteran L.K. Advani saying he felt vindicated and blessed after the Supreme Court verdict although the trial against him and others in the demolition case is still going on, the Mahasabha has come up with another startling claim.

“Since it is clear that there existed a temple, hence the dome above it was that of the temple and not of Babri Masjid. So, the cases going on against Lord Ram-devotee kar sevaks should be immediately withdrawn by the government,” Chakrapani said, claiming that the “kar sevaks had unknowingly demolished the dome of the temple”.

He added in the letter: “The kar sevaks who died during kar seva (be it in 1992 or in any other kar seva) should be given the status of martyrs. Their list should be made and installed in Ayodhya. Apart from this, their families should be given financial assistance and jobs.”

Chakrapani told PTI the letter was sent from the Delhi office of the Mahasabha to the Prime Minister, the Union home minister and the Uttar Pradesh chief minister.