For the better-off upper castes, it is about the safety of their sisters and daughters; for the poor, it’s a question of the theft of their buffaloes 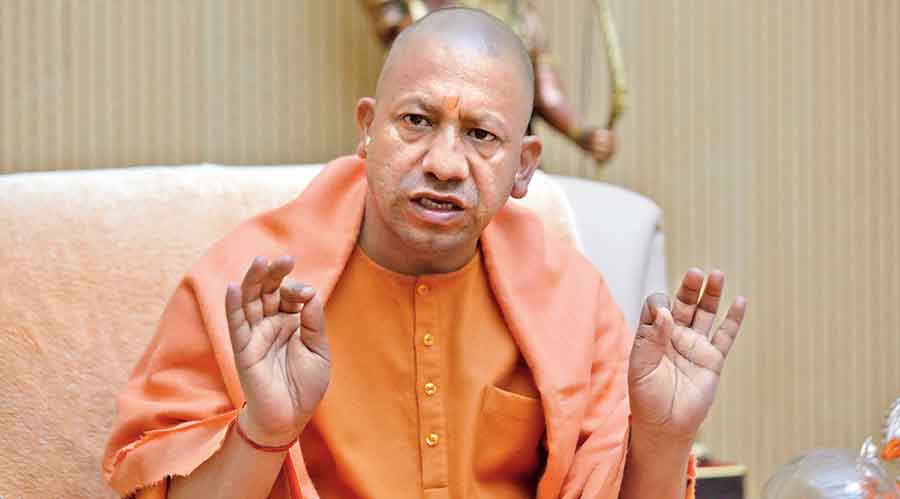 Each lists the reasons almost in the same order, as though they had prepared beforehand for the question.

The top reason for all three — all of them OBC voters — is “suraksha” (security), a term used to portray a better law-and-order situation on Yogi Adityanath’s watch compared with predecessor and principal opponent Akhilesh Yadav’s.

It’s a claim Prime Minister Narendra Modi and chief minister Adityanath have been making from every platform, drawing accusations of fear-mongering about a Samajwadi Party victory at a time when joblessness, farmer anger and rising prices have fuelled anti-incumbency.

The “suraksha” refrain, which has unmistakable communal overtones, appears to have swayed a sizeable segment of voters who fear that a return of Akhilesh would mean a return of “gundagardi” (hooliganism). It’s the same card — of “jungle raj” — that the BJP had played in the last Bihar polls against Lalu Prasad and his son Tejashwi Yadav.

Kashyap, who gives his age as 62, says the days of “gundagardi” are over. “Earlier our buffaloes used to be stolen; now such things don’t happen.”

“There’s peace and this is the biggest issue,” cuts in Rakesh, a man in his 50s. Like the rest, he too lists the free rations distributed since the Covid outbreak, houses built under the PM Awas Yojana and the cash doles for marginal farmers and the old.

“Suraksha”, however, seems to override all other issues — not just in Bareilly and Rampur where polls are scheduled on February 14, but also more than 200km away in Bulandshahr and Aligarh, which voted on February 10.

“We were beset by hooliganism during Akhilesh’s reign,” said Jat youth Basant in Bagrai Kala, Bulandshahr.

The “suraksha” plank finds particular resonance in areas like Bulandshahr that are outside the heart of “Jatland” — made up of places like Meerut, Muzaffarnagar, Shamli and Kairana — where the farmer movement has forged a Jat-Muslim combination against the BJP.

Asked who were involved in hooliganism during Akhilesh’s rule, Basant smiles and says “everybody knows who they were”, hardly bothering to hide the allusion to Muslims.

For the better-off upper castes, “suraksha” has acquired the context of the safety of their “behen, beti” (sisters and daughters). For the poor, it’s a question of the theft of their “bhains” (buffaloes).

Adityanath’s police have killed a large number of alleged criminals in “encounters”, significant segments of them Muslim or Brahmin. While human rights groups are outraged, the people in general seem to see this as necessary for their security.

In Bareilly town, as the conversation continues and livelihood issues come up, shop owner Ravindra Kumar, a young graduate, joins in.

“The lack of jobs is a big issue among youths like us,” he says and provides a litany of grievances against the governments in Delhi and Lucknow.

Ravindra fears that the Centre’s push for the privatisation of PSUs would deprive OBCs like him of the benefits of job reservation. He says OBC communities like Gangwars have backed the BJP for a long time but have been denied a strong say in decisions or a share in the power pie.

“(Bareilly MP) Santosh Kumar Gangwar had been a strong leader of our community but has now been dropped from the (Union) ministry. Anupriya Patel raises our issues in Parliament but doesn't have enough say,” Ravindra says.

Several others nod. “He is right,” says Puranlal Gangwar.

Santosh Gangwar, 73, elected eight times from Bareilly, was minister of state with independent charge of labour before being dropped in the last ministry shuffle. Bareilly fears he may be denied a ticket for the next Lok Sabha polls.

“This time there’s no 2017-like pro-BJP wave. Many OBC youths will vote against the BJP,” says Yogeshwar, stressing joblessness and the state government’s flouting of OBC and Scheduled Caste reservation norms in recruitment.

He, however, believes that while the BJP would be weakened, it will retain power as many voters are wary of Samajwadi rule.

The Samajwadi-Rashtriya Lok Dal alliance appears to be struggling to inspire trust among the OBCs, particularly the non-Yadavs among them whose support is key to Akhilesh winning the election.

“We are not very happy with the BJP but can Akhilesh be trusted?” says Jayesh Kashyap, a young man in Jagatpur village, 30km from Bareilly. “It’s the Yadavs who get preference in the Samajwadi Party.”

The Kashyaps, seen as the most backward among the OBCs, have long been demanding Scheduled Caste status.

It’s the “smaller” OBCs like Sainis, Kashyaps, Prajapatis, Kumhars, Kisans, Rathores and Lodhs — who had gathered under the BJP’s wider Hindutva umbrella — that seem most swayed by the “suraksha” plank and the food grain and cash doles.

Sitting beside him, retired schoolteacher Naeem Ansari says the free food grains are only for the Covid period and would stop after the polls. But Sohanlal is not ready to trust Ansari. He retorts that the “end to gundagardi” is a big plus for Adityanath.

Ansari agrees that petty crime has fallen but credits “technology”, referring to the use of mobile phones to send faster alerts to the police.

“It was Akhilesh who brought the Dial 100 (scheme) for police and Adityanath changed it to Dial 112. So, what Akhilesh started but couldn’t implement properly because he lost the election has been implemented by Yogi,” Ansari explains. But Sohanlal wouldn’t budge.

At Dugunpur village in Rampur, the Jatavs — a Dalit sub-caste seen as core backers of the Bahujan Samaj Party — too confess themselves impressed by Adityanath’s handling of law and order.

“The security situation was even better under Behen Mayawati’s government. Gundagardi starts once the Samajwadis come to power,” insists Subham Sagar, a Jatav youth.

Uttar Pradesh chief minister Yogi Adityanath fired a fresh polarising salvo on the eve of the second phase of polling in the state.

“Those fringe lunatics of Talibani thinking who have been dreaming of Ghazwa-e-Hind must keep in mind that whether they remain there or not, India will work according to the Constitution and not according to the Shariat,” Adityanath tweeted on Sunday.

“Jai Sri Ram,” concluded the chief minister on his personal Twitter handle in late afternoon. The literal meaning of Ghazwa-e-Hind is holy raid on India, guided by faith rather than territorial gains.

The saffron-robed politician was apparently replying to a remark of Asaduddin Owaisi, the president of the All India Majlis-e-Ittehadul Muslimeen.

“I may be there or not but one day a woman in hijab will become Prime Minister of this country”, the AIMIM leader had said in a speech during the day in Moradabad.

Critics feel that Owaisi, whose party is contesting in 100 seats in Uttar Pradesh, will end up dividing the Muslim votes, harm the Samajwadi Party and help the BJP.