Bereaved son: Didn’t they have a siren? 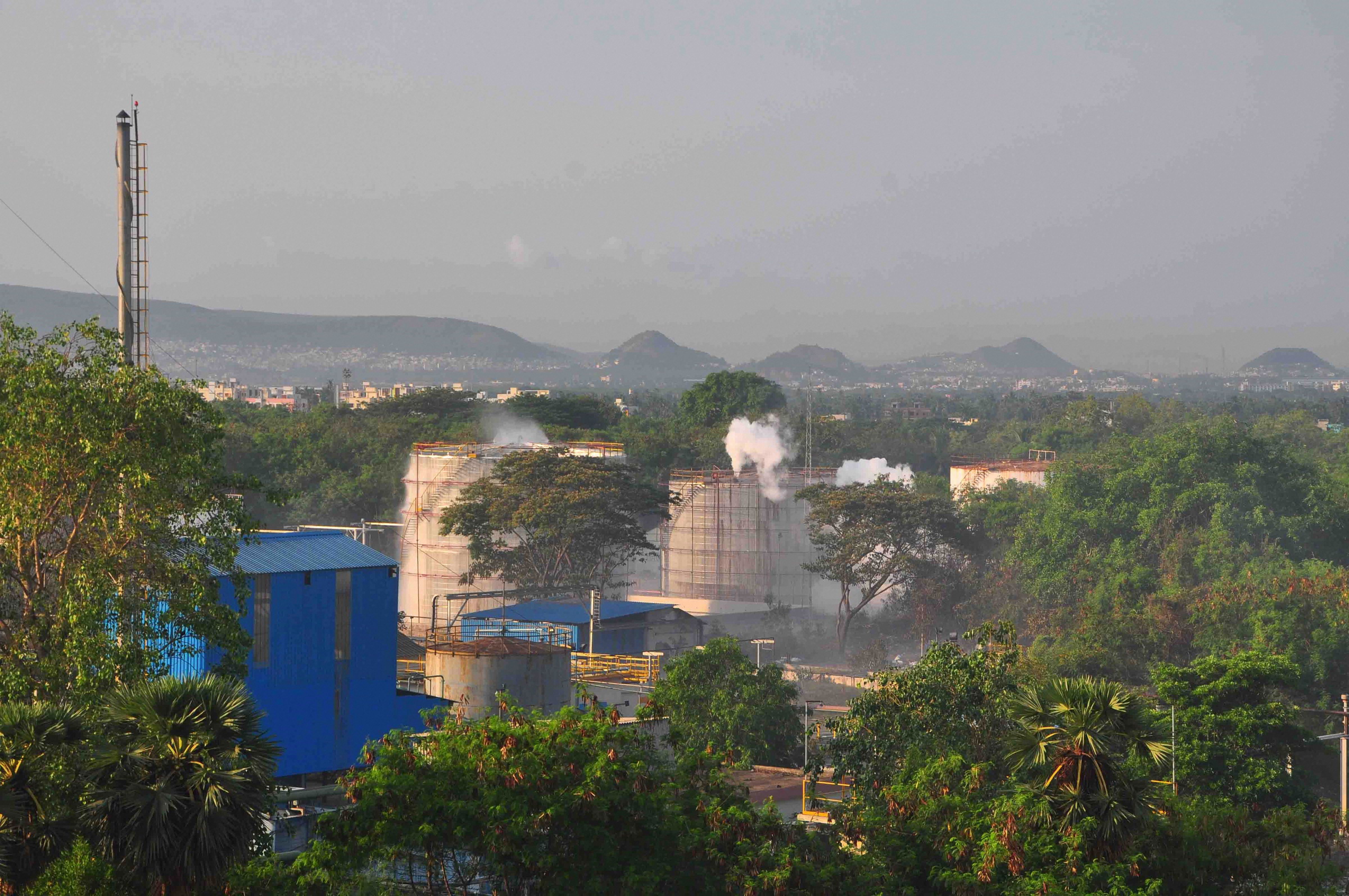 When gas began leaking from a nearby chemical factory and drifting towards his house in Visakhapatnam, there were no warnings and no alarms, welder Elamanchili Venkatesh said.

He realised something was wrong when he woke up choking and spluttering in the pre-dawn darkness on Thursday in RR Venkatapuram village, just 250 metres from the plant owned by South Korea’s LG Chem Ltd.

“My eyes were burning and the room was filled with a strong smell,” the 22-year-old said.

Somehow, he was able to dial a friend and urged him to come over immediately. He then stumbled around trying to wake his family of six, but failed.

Venkatesh, who staggered outside blindly, said he coughed up blood before losing consciousness. When he woke up hours later in a hospital, his mother was fighting for her life and his one-year-old niece was in intensive care.

His mother died soon afterwards. She was one of 12 people killed after gas from styrene, a raw material used at the factory, leaked into the air around 2.30am and enveloped homes on the outskirts of Visakhapatnam in Andhra Pradesh state, officials said.

Hundreds more fell ill and were taken to hospital.

“Why couldn’t they have raised an alarm? Don’t they have a siren in the company to alert citizens when something like this happens?” he said. “I didn’t hear anything.”

A dozen other victims interviewed by Reuters described similar scenes of confusion after the leak.

LG Chem did not immediately respond to specific queries from Reuters for this article, including why residents did not hear an alarm.

It said that when the accident occurred, it was reopening the unit after a weeks-long nationwide lockdown imposed to stem the spread of the novel coronavirus.

The leak was discovered by a night shift maintenance worker, the company said.

“Currently, we are focusing on all necessary measures together with relevant authorities to protect residents and employees and surveying the extent of the casualties and damage,” LG Chem said in a statement on Friday.

It said the leak followed a chemical reaction in an industrial material that had been in storage for weeks. “The exact cause of the incident is currently being investigated and will be notified as the findings and information becomes more concrete,” it said.

A senior Andhra Pradesh government official briefed about the matter said that the temperature of stored raw material was higher than it should have been, adding that authorities were investigating whether a cooling system had malfunctioned.

P. Chandra Mohan Rao, a director at the plant, which makes polystyrene plastic used in cutlery, cups and packaging, did not immediately respond to questions from Reuters.

Authorities said the first call to emergency services came from a resident at 3.25am, not the company.

Over the next few hours, police, firemen and ambulance crews evacuated about 4,500 families living in the villages surrounding the factory.

Naresh Patrudu, one of three friends who came to rescue Venkatesh, reached the area a little before 4.00am.

On the way to their friend’s home, Patrudu said he saw more than a dozen people lying completely motionless in lanes, and along storm drains and ditches. Others were semi-conscious, rolling around on the ground, but disoriented and unable to run.

Pasala Kanakaraju, 56, who fled his house on his motorcycle, found people lying unconscious in the streets, some frothing from the mouth. He lost control of his bike and collapsed.

LG Chem said that inhaling the gas causes nausea and dizziness, but multiple witnesses told Reuters the symptoms exhibited by the victims were more severe.

Patrudu said Venkatesh’s mother was found lying unconscious about 400 metres from the house. His father and older niece lay motionless nearby.

Venkatesh himself was discovered outside a neighbouring cement plant, throwing up. His sister-in-law was the last to be found. She lay unconscious inside the house.

“We still didn’t know what was happening,” Patrudu said.

By then, the ambulances had started arriving. “Those were the first noises we heard,” he said.

Ventakesh’s brother and younger niece were evacuated by other rescuers, and the family was briefly reunited at a local hospital before his mother died.