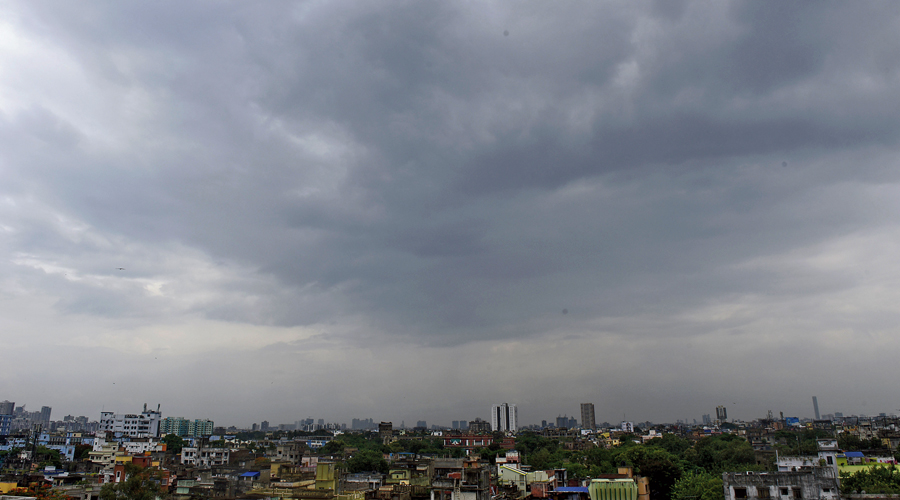 A red alert' denoting extremely heavy rainfall of over 200 mm has been issued for some places in Kalahandi and Rayagada districts till Monday morning
File picture
Our Web Desk   |   Calcutta, Bhubaneswar   |   Published 08.08.22, 09:32 AM

Odisha and neighbouring West Bengal are likely to receive heavy rainfall over the next two to three days, due to a depression that is set to take shape over the Bay of Bengal, the Met office said.

A low pressure area, which formed on Saturday, concentrated into a well-marked system over the northwest Bay of Bengal, off the coasts of Odisha and northern Andhra Pradesh, reports PTI.

It is expected to intensify into a depression during the next 48 hours and move northwestwards across Odisha and Chhattisgarh, the Bhubaneswar Meteorological Centre said.

A red alert' denoting extremely heavy rainfall of over 200 mm has been issued for some places in Kalahandi and Rayagada districts till Monday morning, the Met office said.

The weather system is also likely to bring in its wake downpour in the parched Gangetic West Bengal, which witnessed 46 per cent rainfall deficiency during this monsoon, from June 1 till date, it said.

Fishermen have been advised not to venture off the coast till Thursday morning, as squally weather with wind speed of 45-55 kmph and gusting up to 65 kmph is very likely over northwestern Bay of Bengal.

The weatherman issued an orange warning' of heavy to very heavy rain in the districts of Khurda, Puri, Rayagada, Kalahandi, Gajapati, Ganjam, Nayagarh, Kandhamal, Nabarangpur, Malkangiri and Koraput for Monday.

Extremely heavy rainfall is a possibility in some areas of Bargarh, Sambalpur, Deogarh and Keonjhar on Tuesday. It may trigger flash floods, landslides or mudslides in vulnerable hilly areas, and cause damage to susceptible roads and houses, the Met office stated.

Isolated very heavy rain is likely in the south Bengal districts on August 9 and 10, it said.

The weatherman has forecast heavy to very heavy rain in the coastal districts of South 24 Parganas and Purba Medinipur, while the other districts in Gangetic West Bengal are likely to receive heavy rainfall during the period, the Met office added.

The Bengal government has alerted the administration of districts along the state’s coastal belt to be prepared in the wake of an anticipated low pressure that is likely to result in heavy rainfall and paralyse normal life across south Bengal from Monday to Thursday.

The state government clamped a five-day ban on sea bathing from Sunday for tourists in Digha.

East Midnapore disaster management officer Mrityunjoy Haldar said tourists were barred from the sea at Digha, Mandarmani and Tajpur and fishermen were told to return to their base by Sunday afternoon.

“The disaster management department has issued an alert about the rough sea till Thursday. To avoid any loss of life, we have imposed a ban on sea bathing till August 11 and are campaigning to alert tourists,” Haldar said.

SDO Kakdwip, Aranya Banerjee, told The Telegraph: “We have kept our flood shelters prepared with all emergency needs so that people can be evacuated within a small time if needed.”

Nabanna has also asked the districts to arrange adequate tarpaulin, and water pouches and keep relief materials ready at various strategic locations. It has also asked power, irrigation and PWD authorities to keep their quick response team ready for any emergency situation.