We have confidence in CM Uddhav Thackeray: Congress 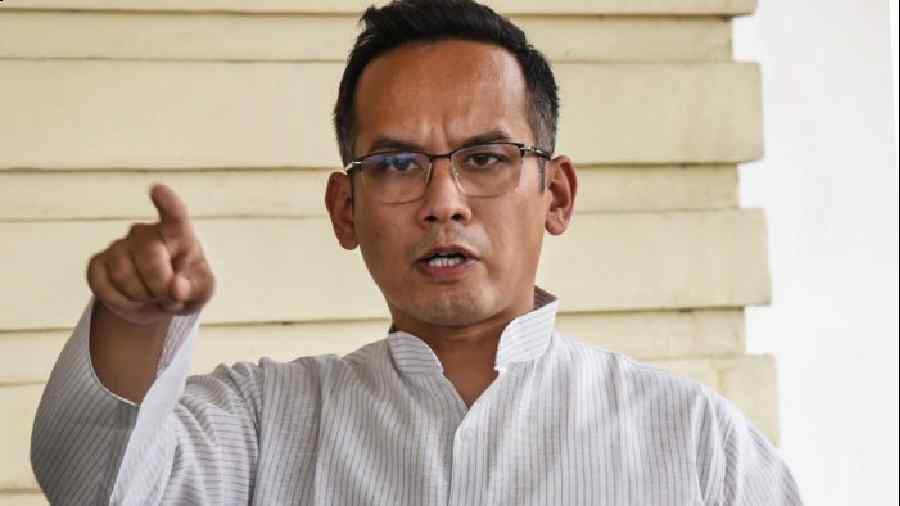 Amid the political crisis in Maharashtra, the Congress on Thursday said it does not want to interfere in Shiv Sena's "internal matter" but asserted confidence in Chief Minister Uddhav Thackeray.

The Congress, which along with the NCP shares power in the Uddhav Thackeray-led dispensation in Maharashtra, also expressed confidence that the BJP's attempt to "topple a stable government" will not succeed.

To questions about the political situation in Maharashtra situation and over the chief minister's post, Congress spokesperson Gaurav Gogoi said, "We have said earlier also we don't want to impose our views on the Shiv Sena. This is their internal matter, we have confidence in Chief Minister Uddhav Thackeray."

"We are in touch with our Maharashtra colleagues and are confident that the BJP's intention to topple a stable government and cause instability in the country will not succeed," the Congress' deputy leader in the Lok Sabha said.

This is another example that the BJP "creates instability serially", Gogoi alleged.

"At a time when unemployed youth are on the streets, Covid cases are rising, there are floods, farmers are suffering, the BJP's greed for power is manifested. Because of this greed for power, our country has moved away from the path of development and prosperity," he said.

Thackeray had on Wednesday offered to quit the chief minister's post amid the rebellion by Shinde. He later vacated his official residence in south Mumbai before moving to his family home in suburban Bandra.

Shiv Sena MP Sanjay Raut on Thursday said the party is ready to quit the MVA government if the rebel legislators camping in Assam return to Mumbai within 24 hours and discusses the issue with Chief Minister Uddhav Thackeray.